An INNER VIEW with Claudia Wells 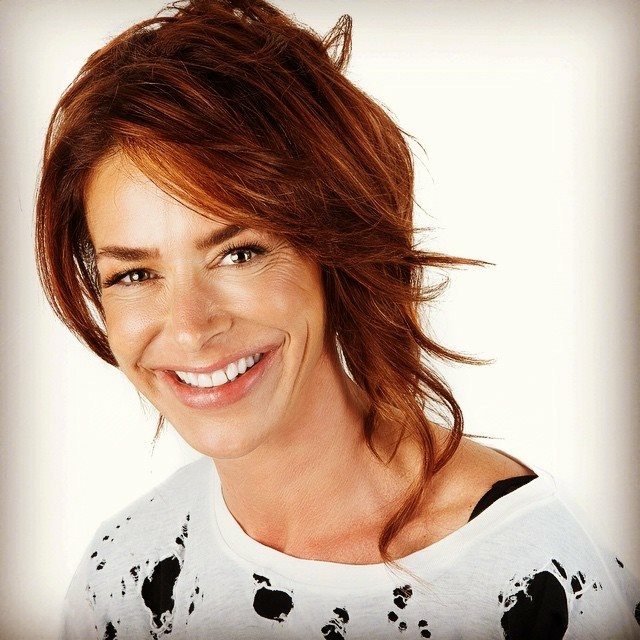 Claudia Wells has had a varied TV, film & stage career. She began her career, singing in principal children’s roles from ages 8 to 12, in 10 operas at the famed San Francisco Grand Opera House & is also a founding member of the San Francisco Girls Chorus. Claudia’s most world-renowned role is that of Jennifer Parker, Michael J. Fox’s present-day girlfriend, in the original hit movie Back To The Future. Claudia Wells starred in Herbie The Love Bug, Fast Times, Off The Rack television series’ & many other starring role appearances. She is the Jennifer Parker voice in the Back To The Future video games. Twenty-three years after portraying the character in the first Back To The Future film, Claudia reprised her role as Jennifer Parker in “Back To The Future: The Game – Episode 3, Citizen Brown (2011) & “Back To The Future: The Game – Episode 4, Double Visions“ (2011). With the exception of Christopher Lloyd, Claudia is the only actor in any of the three “Back To The Future” films to reprise her role in the game! In 1991, she opened, and still personally owns and manages Armani Wells,  http://armaniwells.com a high-end Men’s resale shop in Studio City, California. One of her passions is to help men look their best in the finest clothing, at only a fraction of the retail value. Ms. Wells travels the world speaking to encourage and inspire others. She is passionate to empower the best in others, whether through dressing men at her store, meeting fans at appearances, acting jobs, speaking to corporate groups, or her work helping foster youth. For more information, please follow her on these media sites: Twitter @TheClaudiaWells, Facebook Fan page: @TheClaudiaWells, Instagram @TheClaudiaWells. Websites: ClaudiaWells.com and ArmaniWells.com

Kathleen Cooke: You’ve had a vibrant TV and film career including the memorable film role in the original, Back To The Future, as Marty McFly’s modern day girlfriend, but you love to write poetry and are a passionate lover of God. How did life change for you when you fully gave your heart and life to God?

Claudia: I’m a work in progress. God gives all of Himself to me every day. Now, I choose to give all of myself to Him. He baptized me with water and in then the spirit during prayer. He has forgiven my many flaws, pride, rebellion, loneliness and more. God came running strong to me just like the father in the Biblical story of the prodigal son. All I had to do was praise Him and give my all to Him. Immediately my Father held me. That’s because of His endless loving mercy. I repented from a deep place within me that I hadn’t accessed in a long time. My life really changed when I started engaging with God and reading His Word. Literally doing it, rather than thinking about doing it, which has so often been what I allowed myself to do. God’s relief is instant and stronger than any drug, drink or smoke. Peace descended beyond my comprehension. God’s power is like no other and He does so love us. He wants to help us, but we hinder Him often because He gave us the gift of free will. The ability to choose to accept Him or to rebel, ignore or pretend. Yet, He never leaves us. We can’t run away from His love for us. He allows us our freedom and rescues our lives over and over. He saved mine more than I could ever possibly count. God gives everyone the opportunity to say yes. Yes, to God taking over and yes to giving our whole selves to Him, rather than a finger here, a toe there or, on a good day, an arm or two feet even, because He never stops loving us with His whole self.
My life is a testament of God’s grace, His mercy, and His ability to take the crumbs of my broken cookie life and create a beautiful priceless cookie creation that’s pleasing and tasteful to Him and others. That’s the God I serve! “But seek ye first the kingdom of God and His righteousness and all these things shall be added unto you.” Mathew 6:33 (KJV) That’s our instructions. That’s the answer to every question.

Kathleen: God’s forgiveness is truly one of the greatest gifts He freely gives to us unconditionally. What has God taught you about forgiving others because He first forgave you?

Claudia: I was driving home from work about four years ago when it occurred to me suddenly that I’ve held on to a huge amount of anger, blame, sadness and bitterness from my relationship with my mother. I’ve never apologized to her for my part, my reactions and my critical words over the years during many of my experiences and life with her. I realized too that I had never considered until then to fully apologize to God even for all the harsh words, horrible thoughts and my part in my relationship to Him. I had been so very mean and selfish to both my mom and to God. My mom was already in Heaven at that point, so I spoke out loud to God as I drove the short distance home from my store. (Claudia owns a designer men’s store in Los Angeles). ‘God, please forgive me. I’m sorry for my thoughts, words and actions.’ I asked Him to please tell my Mom that I apologize too. It was a freeing and healing drive home. As I drove through the gate of my apartment complex it occurred to me, the date was October 28th. And the anniversary of the day my Mom died in 1994. That can only be the love of God and His perfect timing.

Kathleen: You have experienced the footlights of Hollywood. What has God taught you about using your influence for His glory and not your own?

Claudia: We’re lamp posts for God, a light to the world and the salt that seasons and brings flavor where there may have been none. God gives some of us unusual and extraordinary lives. Mine has been that. From the tippy top echelon of mountain experiences to all the way down to one of the most horrid and excruciating caverns any woman or man could have experienced is what my life has been. It’s been a roller coaster and I should have died dozens of times. I came into the world with my umbilical cord tied around my neck twice and knotted, experienced a devastating car crash when I was 19 years old driving to an audition, and almost died from numerous other choices that have been less than stellar. Yet, God’s grace saved me every time. He healed and delivered me over and over again. I am a walking, talking, literal proof of God’s grace and how His unfailing love. He’s brought me through too much in my life for it not to be for His purposes. Because of His mercy, I am constantly reminding myself that it’s His light that needs to shine and not mine. He’s been so, so, so good to me. One of the scriptures that I live and stand on is, Romans 8:28, “And we know that in all things God works for the good of those who love him, who have been called according to his purpose.” (NIV).