An INNER VIEW with Drenda Keesee 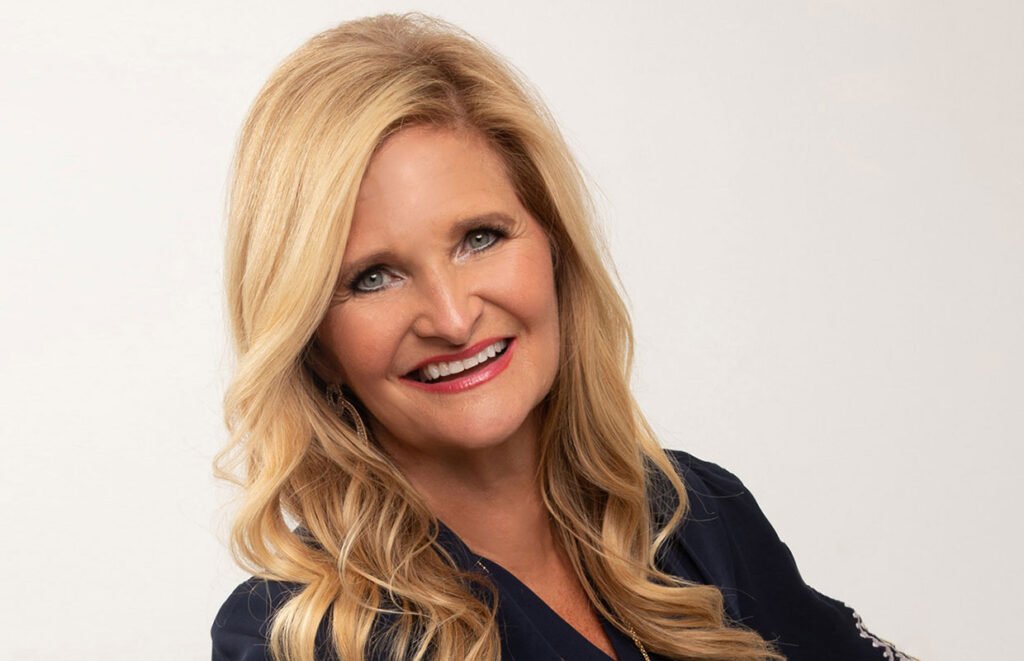 Drenda Keesee is a speaker, life coach, and pastor of Faith Life Church along with her husband, Gary. She hosts the daytime television show Drenda and is the author of The New Vintage Family, Better Than You Think, and She Gets It! Drenda has ministered on television and radio, and at churches, seminars, and conferences for over two decades. She is the mother of five children and seven grandchildren.

Kathleen Cooke:  You and your husband Gary pastor a beautiful, and growing church just outside Columbus, Ohio.  And yet you didn’t start out successful.  What turned things around for you?

Drenda Keesee: Gary and I always had a desire to minister like Paul, who was a tentmaker, and paid his own way; we wanted to have our own business so we could share God’s Word without being controlled by financial concerns or manipulation from others. But our plans to build a business were more difficult than we thought. For almost ten years we lived on commission sales in the financial services sector. For Gary, a basically shy and quiet person, every day was a struggle to talk to people and learn a new area of business. Gary grew up in the pizza business before attending Oral Roberts University where we met. I was not shy and believed in Gary tremendously, so I scheduled appointments, managed office details, and took care of our young, growing family. In spite of our best efforts, one morning we woke up broke, discouraged, and not sure where we were going to find the money for groceries. I’ll never forget my mother calling from out of town and asking how things were going. In a cheery voice, I responded, “Things are great, just great.” She said, “Open the refrigerator door and tell me what you see.” As I stood in our kitchen, I opened the refrigerator, breaking down in tears, I said, “An empty jar of mayonnaise!” Literally, that was all that was in the refrigerator and our cabinets were no different! It seemed the harder we tried to get out of debt, the further we got into it! At this point, I was starting to get mad with God! How long did we need to keep trusting that He was going to bring us into a place where we were successful and could minister. In the upcoming weeks after this, I began to really seek God in a way I had not in many years.

One night I decided I was not going to bed unless God told me what was going on and what we needed to do to get out of the financial mess we were in. I stayed up praying and searching the scriptures for answers. After a while, I began to see in the book of Haggai (I know, who reads that!) where God said, “Consider your ways…you looked for much, but it came up little…because my house is in ruins while everyone one of you runs his own house.” It goes on to say that the silver and the gold are His, and in the midst of their lack God is instructing the Israelites that if they will take care of His things that from this day forward, He would bless them. What I realized is that although we had a noble goal to build a business for God, we were neglecting both Him and His word while we built our own life, promising to honor Him once we got there. We had one foot in the world and one foot in the Kingdom of God. That night, I felt God show me that we would start helping others get out of debt and strengthening their marriages too. Others needed to hear what we were learning. It seemed hypocritical to tell others how they were relying on debt instead of God while we were in debt, but as we stepped out and started our own business with an emphasis on getting out of debt, we started to flourish in time. Something was different. Just like Haggai says, “From this day forward (when you put God’s things first), I will bless you.” Even though we still had some mountains to climb, and debt to pay, we had a word from God and it gave us a renewed confidence that God was still with us and had a plan to not only help us but to use us to help others.

Kathleen Cooke:  You have an incredibly intense devotion to your family.  Far too often among national Christian leaders, we see dysfunctional family relationships.  Why is it so important to put family first?

Drenda Keesee:  You can accomplish many things but if you don’t have a strong family that is devoted to one another, then money or success can be very lonely. It was always the first priority next to our devotion to God, to have a great family. I always told God I would do anything he asked, but I would not sacrifice my family! He actually brought a thought to me that said, “I never asked you or anyone else to do that. That was their choice.” I have come to recognize throughout the years that God gets the blame for so many choices people make when He wasn’t the One who did it. It seems easier to blame God than accept personal responsibility. With that in mind, we always tried to let our children know the “why” behind the “what.” They caught our devotion to God. We modeled it for them by living a real relationship with God with them, not just in front of them. We prayed together and asked them about their needs and taught them to ask God, seek Him first and then they actually saw the provisions and miracles He did for them and with them. This is a living faith and is relational, not religious and informational. We made many sacrifices together as a family to do what we felt God was directing us to pursue. We talked it out and made these decisions as a unit. Our children were on-board with us. It has always been and still is, important to us that they pursue God’s plan for their lives. We have several successful companies, but so far all five of our children love to minister throughout the church. They could be just as effective as a marketplace minister in the business arena, but they really love God’s church and helping His people.

Kathleen Cooke:  You’ve poured all these years of ministry into a new, national TV program called “Drenda.”   Some say the era of Christians on television is over.  Why do you feel TV is the right platform for your message to women?

Drenda Keesee:  I think we live in a media-driven culture and with so many women’s programs heralding a message of selfish pursuits in the name of freedom, and I just want to counter that message. The greatest joys I have in life are the ones that involve God, our marriage, and, family, but I don’t see these being valued in most women’s programs. I am concerned that people are building their lives on sand and that one day they will wake up, just like we did when we found ourselves in serious debt. They will find themselves in tremendous regret that everything they chose and built, means little to nothing. Haggai also says, “I blew on your efforts.” Just like sand, what we build our lives on will blow away if it doesn’t have eternal significance. I want women to recognize that it is a high calling to be moms and wives, and these are very fulfilling roles, with lasting joy that supersedes a moment of pleasure today. Invest in something eternal and it lasts. Invest in pleasure and it is fleeting, just like money! (She laughs.)  Many women are trading their children in for happy hour and end up drinking a cup of sorrow later as their selfishness brings loneliness, but my so-called sacrifices to take care of my family have brought great joy. I want women to make good choices so they can enjoy real life.

Kathleen Cooke:  The show has been on television for a number of seasons, and I know you’re back at the drawing board revamping the program.  You’ve never been afraid to change your methods to keep up with a shifting culture. Why is change so important?

Drenda Keesee:  Change is important because we lose relevance with people’s lives if they can’t hear our message. The message doesn’t change because it’s based on eternal truths, but the package has to. We need to be at the forefront of change instead of following the world around like a puppy dog with a paper in its mouth. I want to be the one who helps make the change instead of following the crowd at the end of the pack

Kathleen Cooke:  What’s your most important message to women today?

Drenda Keesee:  “Repent for the kingdom of heaven is at hand!” I say this eating locusts (croissants) and wearing camel hair. Just kidding. But seriously…

I want to help people live more of what matters to their life and family. The price or choice to live a life with God based on his ways is worth it. I can’t completely call it a “price” since the rewards have been far greater than the price we paid. In the beginning, you don’t see the outcome of your choices (that’s why it takes faith), but it’s later that the results show. At that point, it may be too late to make some of the right choices with your husband and children that will impact the relationship. Hopefully not, but sometimes it’s too late. We allow women talk show hosts who aren’t married and have no children to tell us how to live our lives, and then expect not to be lonely and unhappy. Sure we have many choices as women to live our lives, but there is no meaning to life if I live it just for me. I want to live it with a few people that truly love me and share it with a lot of people who truly need to hear what I have to say. Character is who you are, reputation is who people think you are. I want to have character. Women are forsaking character because they want reputation, but God’s wisdom creates a successful life based on character. What’s popular is not always lasting and what is lasting is not always popular.