An INNER VIEW with Sam Sorbo 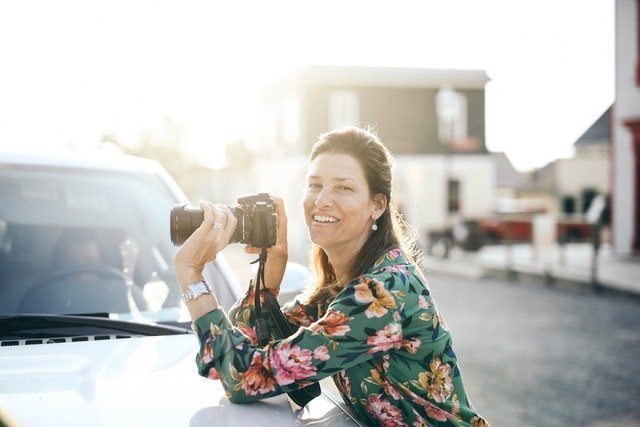 Sam Sorbo is an accomplished actress, author, radio host, and international model, Sam’s acting career spans films such as Bonfire of the Vanities and Twenty Bucks, as well as television, with recurring roles in Chicago Hope, Hercules: The Legendary Journeys and Gene Rodenberry’s Andromeda. In 2015 Sam won “Best Supporting Actress” from the Utah Film Awards for her performance in the feature Just Let Go. Sam wrote They’re YOUR Kids: An Inspirational Journey from Self-Doubter to Home School Advocate to inspire parents to home educate as the Sorbos home school their three children. She then went on to write, Teach from Love: A School Year Devotional for Families, to encourage Christ-like characteristics in youth. Sam co-wrote, produced, and co-starred in the feature film, Let There Be Light (Christmas, 2017; Executive producer, Sean Hannity; director, Kevin Sorbo). She and husband Kevin published its accompanying devotional, Share the Light, and they are currently in post-production on Miracle in East Texas, due out in 2020.

Kathleen Cooke: Our world seems to be filled with lots of people who have short fuses lashing out. Jesus taught us as Christians to be known for the “fruit of the Spirit. One of which is long-suffering. How has he taught you to be patient?

Sam Sorbo: Start each day with a prayer of gratitude. Fill your heart with thankfulness for all the blessings you have, including your life and that you spend it in a free nation, and maybe when you go out into the fray, you can share some of that feeling with others around you, soften the harshness of today’s culture, and invite others to see the love that surrounds us all. This is one way toward a more patient demeanor. It helps, when one is centered on God’s faithfulness and love, to have the patience for those who don’t know, can’t see, or won’t feel it. He is patient and long-suffering. Why? Because God lives in eternity. He’s in no hurry. He can wait for you. And He can also afford you a glimpse into that vast haven that is outside time and space.

Despite our best efforts to distract ourselves and fill our lives, God remains, through it all, to offer the perspective of an eternal plan, and grant us the patience we need.

Kathleen: Both you and your husband, Kevin, have had vibrant acting and producing careers. But when you both are pursuing demanding Hollywood schedules keeping it all together can be challenging. What has God taught you about making challenging personal choices that often interfere with one’s career?

Sam: Shortly before I was due to get married, Kevin suffered three strokes and landed in the ICU at Cedars Sinai Hospital. The strokes did major damage, although we had yet to discover their full effects. Meanwhile, I booked a national network commercial for ice cream (my favorite!) As excited as I was to have this amazing opportunity, did he want me not to go? He replied in the affirmative, confessing, simultaneously, that he needed me. I immediately realized that I faced a binary choice: my career or the man of my life.

My response to that realization was instant and joyful. Give up my career to have everything else I desired? Easy! Done! Sometimes it is that easy, and sometimes it isn’t as clear. Pray for clarity and understand that “having it all” can sometimes mean having nothing at all. Spreading ourselves too thin is a mistake we too often make, but it isn’t necessary. Choosing is empowering and freeing. I call it prioritizing, and it is all-important, in order to be effective in life. If you struggle with decisions, make a pro and con list, and don’t get distracted by the details! Just start praying writing, thinking, picturing, and the inclinations will come to direct you. Prioritize. I’ve used that lesson several times since that day in the ICU, and it has never failed me yet.

Kathleen: You are a tireless woman who home schools kids, writes, produces and acts in films, and you have a fierce determination to influence every life you meet with the story of God’s love. What keeps you going?

Sam: As a home school advocate, my mission is to empower parents to educate their children, because the parent is uniquely gifted by God to do just that. As a filmmaker, I seek to tell stories that uplift and inspire. Jesus spoke in parables because we learn viscerally through stories. Dollar for dollar, horror films seem to offer the best monetary return on investment, but to what end? I would rather get emails like the tons we received when “Let There Be Light” came out, and still continue to receive today when people are deeply moved and changed for the better by the story we told!