An INNER VIEW with Susan Watson 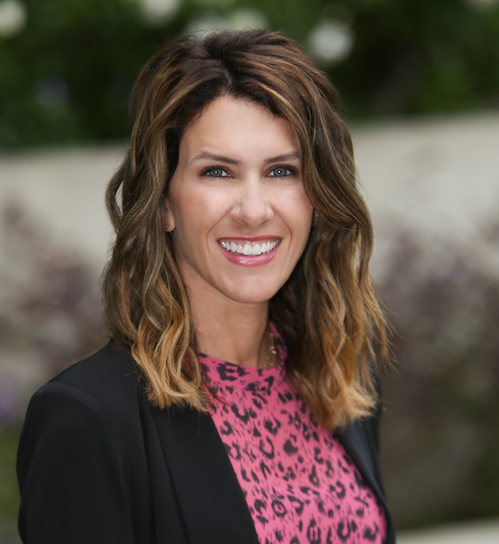 Suzanne began her career in the live special events world where she planned and produced major events all over the United States including the Super Bowl, Presidential Inaugural Ball, College Bowl Games, and the Presidents Cup.

Shortly after moving to Los Angeles, she combined her love for the entertainment industry and experience in live event production with producing films. She has produced several award-winning short films and most recently returned to the Napa Valley Film Festival with her feature HOSEA won the Jury Award for Best Verge Performance Recognition.

She is the ultimate project manager and when she’s not working as a film producer or mother of three, she is often lending her time and expertise in helping raise funds and awareness for orphan advocacy, disadvantaged youth, education, and faith-related causes.

Kathleen Cooke: The global pandemic has changed our lives. How has it affected you?

Susan Watson: God has shown me that in order for me to experience God’s presence in my life, I need to reprioritize and slow down. Prior to the pandemic, I was overscheduled, sleep-deprived, and spent most evenings running the kids from one activity to the next, at work events or social dinners…it was too much.

I’m an extrovert, I thrive off of human connection and having a million things on my checklist a day. It is probably why I love production so much, but in the past 9 months, I’ve learned to slow down, do less and live in the present. Lean into the now. Even though the current “Stay at Home Order” is NOT easy, perhaps this is where God might do God’s best work on me and many others.

Kathleen: Creating a film sounds glamorous but in reality, it’s months sometimes years of hard work. HOSEA was challenging in many ways. How were you able to push on during those hard times?

Susan: I have a few female friends of faith who I deeply trust, and I know will speak truth into my life with love and wisdom. A while back, as we were beginning to execute our grassroots marketing and distribution campaign for the movie, I was talking to one of them over the phone and feeling discouraged and emotionally/mentally exhausted from the marathon of making HOSEA. She encouraged me to keep going, reminded me that what I produced is a beautiful film that is going to make a significant difference in people’s lives, and said that people often quit when they are so close to the finish line. We need people in our lives to remind us of the beauty of the destination when we are struggling on the journey.

Kathleen: We all crave rest but rest in our mind from worry seems to be unattainable especially during the ongoing pandemic. What has God taught you about seizing rest at all times?

Susan: Releasing a movie during a pandemic with 3 kids home full-time remote learning has been anything but restful. However, the silver lining of my husband and I home 24/7 with all activities canceled has been the ability to spend a lot more time than usual enjoying long hikes in the Santa Monica mountains. It’s where I find true solitude, connect with God and relax emotionally and mentally.

I’ve learned that discovering the things that refill your internal gas tank is critical. For me it’s exercise, for others it could be something very different, but we’re no good to anyone if we crash and burn. We have to learn how to rest among the craziness.

Kathleen: Your recent film, HOSEA, is not your typical “Christian” film. In fact, it’s raw, edgy, and has an R rating. Finding a Christian audience was challenging. Yet this film because of the way it was told and shown has been surprisingly influential even for many Christians. Talk to us about that.

Susan: Influence doesn’t always happen the way we expect. As we thought about the core demographic for the film, we wondered if older, more traditional Christian women would be turned off by the reimagining of Scripture in such a raw and unfiltered way with an R rating. In addition, the film’s themes mean that there are significant triggers for those who have experienced similar pain and abuse. The last thing we wanted was to cause harm.

As we started screenings, someone connected to my family who fit the group we thought could potentially react negatively, reached out privately after she saw it, revealed her own pain from abuse, and thanked me for making a movie that was therapeutic and reminded her of how much she is loved.

When we are faithful to the calling to use our gifts to have a positive impact, God can surprise us and use us and our work to influence in ways we never would have expected.