“Authority” The Word that Causes Riots 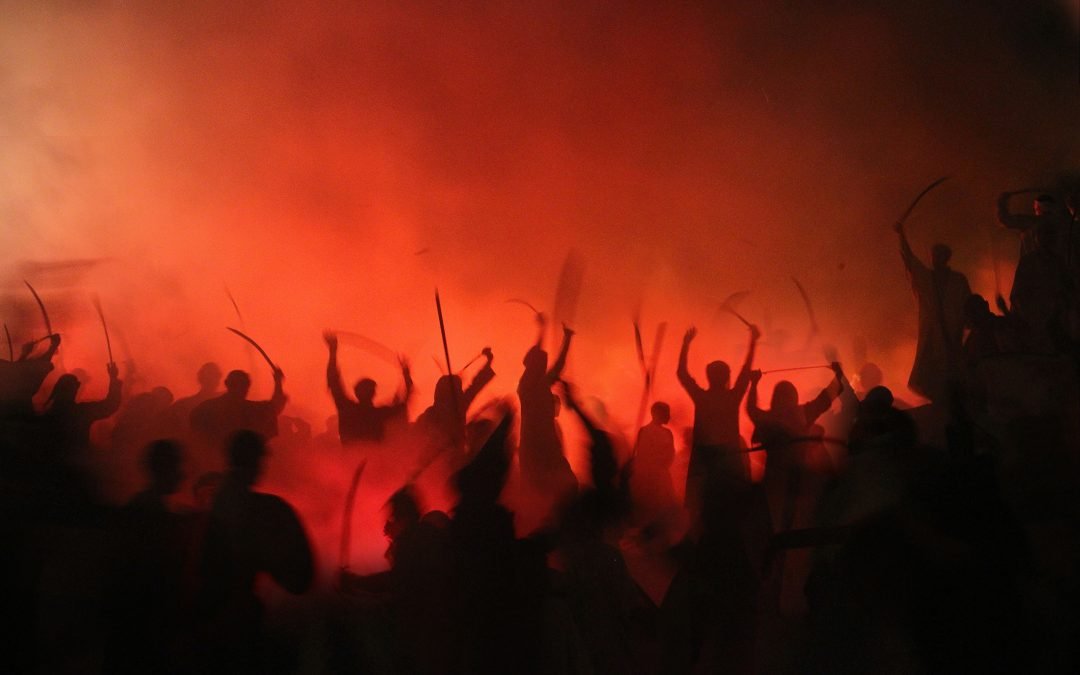 Who gave you the “authority?” We start asking it as toddlers of our parents, and it is what we’re asking of our leaders more often today. It was the question the Jewish religious leaders asked Jesus in Mark 11:28-30. Jesus responds not with an answer but with a non-threatening question. “who gave John the Baptist his authority?” If they said, “God,” They would have to admit to an answer they didn’t want to admit to that God gave Jesus His authority. If the religious leaders said they had the authority, the crowd would riot, knowing that the Jewish leaders had been leading them away from God’s authority to themselves. They had been witnessing with their own eyes the miracles of Jesus and knew that God had given Him His authoritative power. What often miss is that God wants us to choose who will be in charge of our lives. True love and freedom only exist when we surrender with our will. Dictatorship never works.

Psychologists tell us that women (and many men) today have come from absentee fathers as children crave male authority. They lack the foundation and maturing of trusted assurance, making them insecure. Their thinking and direction in life are often weak because they had no guide as children to understand how to trust. We all seek a trusted authority at some point who will tell it to us straight. It’s the trusted part that is the challenge.

Trusting someone else in authority is a love/hate relationship.

We want assurance, but we don’t want to hand over our authority or our will either.
God cursed women when Adam and Eve sinned, and hostility was born. Then, most importantly, God told Adam that man’s authority comes from God first. He was to look to God first and then be responsible for using His God given authority wisely and lovingly and not rule over women with selfish intent. God’s authority is based on unconditional love – grace. His mercy – forgiveness is encompassing force. The word “mercy” in Greek means “womb,” signaling God’s surrounding us with love and forgiveness. To have this type of surrendering authority is a great challenge for men. Only when they renounce their authority wholeheartedly to the transforming love of Jesus can the chains of hostility be severed. Their thinking and complete personal choices will change selflessly, and men desire to seek the wellbeing of women before themselves. They no longer feel threatened for their authority. They have given it to God. When men do this, the even bigger miracle happens – unity. Competition between them is obliterated. However, when man’s sinful and selfish nature takes charge, it causes horrific disruptions—domino’s of evil, that ripples throughout all aspects of life.

As a woman and wife to a man who recognizes where his authority is based, it has been one of my greatest gifts from God. I have been blessed with a trusted husband (not perfect but who continually aims to surrender to God’s authority) who protects and honors me (even when I have been selfishly sinful) and has also protected and honored my two daughters. It has given them untold security and confidence in challenging situations. It has given them a reliable compass that I have seen them use many times. Women will relinquish their authority willingly when they see Godly authority in men. Sadly, this can also be a pitfall for women when they see glimpses momentarily of a man’s surrendered will and are then deceived when in the end, they choose selfish desires and ultimately control over them.

As a woman working in the media and Hollywood industry where competition and control are fierce for work and position, “the boys club” shut doors can be subtle. There are occasions when women are overlooked (sometimes strategically) to causal “guys” cigar clubs, golf games, lunches, or locker rooms conversations meant to be friendly gatherings but where business is transpired. These are moments when conversations begin and then continue over private emails. Men who play fairly will be mindful of these “casual” times and emails and respect the women who work equally hard to capture these out of the office casual moments when a client/boss is open to listening. I have been the victim of this lack of mindfulness and subtle positioning burns and keep my “Son” burn ointment on hand, knowing that God sees and judges all.

Divisiveness within the Church is Satan’s ultimate goal.

If he can achieve that, he can wreak havoc untold. Unity was the last prayer Jesus sweated blood over in the Garden of Gethsemane. He knew unity between man and woman, and the Church would be the single most challenging obstacle to overcome for the Kingdom of God to flourish.
The Church, with its history of male leadership, has been guilty of this lack of mindfulness as Ed Stetzer’s recent article in Christianity today continues to reveal. (file:///Users/kathleencooke/Dropbox%20(Cooke%20Media%20Group)/Writing/Blog%20Articles%20Interviews/Complementarians%20in%20Closed%20Rooms%20%7C%20The%20Exchange%20%7C%20A%20Blog%20by%20Ed%20Stetzer.webarchive ) Women have trusted in the Church’s male authority for centuries. Sadly, male Christian Church leaders have warped their authority as the Jewish leaders did with Jesus to elevate their leadership positions and agendas. A woman’s nature (that curse of God) is to conform and give up her authority if we are believers of God. But it doesn’t negate that women still want to be seen as legit, valuable, worthy, and ultimately given leadership positions. Or that our sinful nature is to resist man’s authority often because man’s sinful nature has left burn marks too many times. Trusted, unselfish leadership and protection by males – starting again with fathers, have been nonexistent. So, hostility between male and female continues. Women’s heroes are men who walk humbly before God and allow the likes of Pricilla and Aguila to educate them because it brings unity. Only when both can humble themselves before God’s gift – the gracious authority of Jesus, can the chains of competition and control be broken.

Re-read the story of Abraham, Sarah, and Hagar in Genesis chapters 12-16.

Sarah was victimized by Abraham and learned how to abuse authority from him. He tried to pass Sarah off as his sister to save his skin when they were captives of the Pharaoh in Egypt. Sarah then used her selfish authority over Hagar (showing how authoritative abuse trickles down into race and class distinctions). Sarah didn’t trust God’s authority to allow her to produce a child in her old age. She compelled Abraham to sleep with Hagar (remember that Abraham still had to choose to sleep with Hagar, and he allowed Sarah to be the authority rather than trusting God himself), causing a wedge of jealousy with the birth of Ishtar. This sin caused by both Sarah and Abraham created a nation of people and turmoil that still exists today between Arabs and Jews.

This misuse of authority and the inability to trust God first and fully with our natural eyes are devices the devil uses to keep women and men from fully stepping into the authority that God’s given them. It’s why we must rely on the mystery of God and His supernatural power. God’s authority over Satan is the root of all. It caused the riotous mobs throughout the Bible including the ones at the trial and death of Jesus, Authority is at the heart of our ongoing dilemmas we face today, and it will be until Jesus returns once and for all. Until that time, our job is to recognize God’s authority first, then when authority is misused, identify its root, and finally look to God’s justice to prevail. The Bible instructs us to pray, fast, and stand on God’s almost five thousand promises in the Bible as we keep surrendering for “His will to be done.”