Being a Friend in a Culture of Distrust 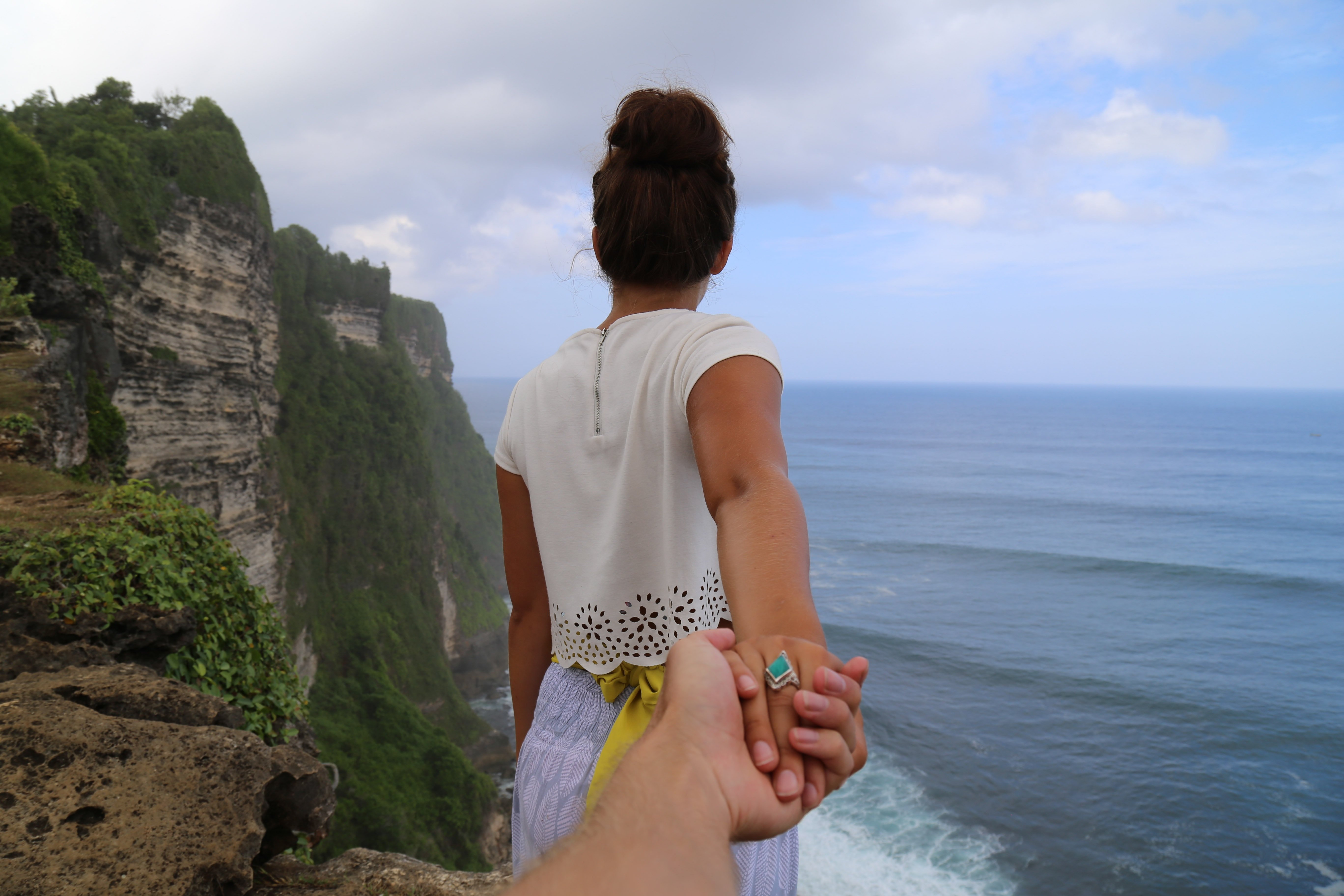 Never in history has the concept of “trust” been so undermined. The connectivity of the internet delivers information so fast that it overwhelms us until we don’t know what or who to trust.

Statistics show that isolation is growing and causing depression rates to soar as we retreat to safe places. But where are those safe places? Sadly, no place is considered safe today including churches, synagogues, and other religious gathering places. And no one seems worthy of our trust. We emotionally don’t want to be hurt or disappointed so we keep our guard up. We are surrounded by a constant barrage of fake news and media messages that promise solutions but just want our money, time, and attention.

As a Salvation Army board member, I hear from the often invisible people – those living on the frontlines the homeless crisis. Those nameless people who come into shelters and food banks each day seek shelter and a free meal. Those working tell of the many who come because they are compelled by their bodies. They can’t stop the physical craving for food but what often goes unseen is the greater hunger for friendship and a real relationship. They long for someone they can talk to and be a friend. Even in the overcrowded global refugee camps, Salvation Army workers report that it is the connection with a trusted person they seek more than even food and shelter. They too just want someone to befriend them. Someone they can trust.

Today leaders and influencers need to be very intentional when it comes to building trust.

Here’s three thoughts about being an intentional friend that you may have known but perhaps might want to revisit. Actions you could do to build trustworthy relationships.

What does it mean to be a real trustworthy friend?

Authenticity is a word I would like to stop hearing. Its reverberating echo has numbed us. We get it… but how do we do it? How do we live trust-worthy and authentic lives?

As Jesus instructed in Matthew chapter seven, we start by taking the plank out of our eye. It starts with an honest conversation coupled with a humble heart to dissect just who we are – the good, bad and the ugly. God’s been my best physician and instructor. When I am engaged in consistent Bible reading and pondering Him in prayer, He reveals missteps, lessons and revelations. I see things with fresh eyes that bring new ways of thinking, which, in turn, affects my choices and alters my direction.

When we can courageously open up past wounds, healing can begin and God can apply the right remedy for our soul to not just be cured but emotionally healed. Words like “it’s just how I am, I was born that way, I can’t help it, or I was just raised that way,” need to be obliterated from our lips. Replace those phrases and attitudes with a humbled prayerful spirit with words like “so how can I move forward”  and “God, will you go with me?”

Our culture today tells us we are all good. But being real means we have to take the blinders off our eyes. We are, as the Bible tells us, sinners, imperfect, and fallen creatures.

Examine the heroic leaders in the Bible that were called to impossible tasks. With His presence, they were able to trust others which allowed others to trust them. Remember too that they all failed many times. But the ones that were able to move forward triumphantly repented, renewed their trust in God, and then fully attributed their success to God and not themselves. It’s why King Saul lost his kingdom and why David’s linage still lives today. We can only be truly authentic when we have our trust firmly grounded in Jesus who “…being perfect, he became the author of eternal salvation to all them that obey him.” (Hebrews 5:9.)  It allows us to move forward in, the not knowing, because we know the One who does know.

What does it mean to be vulnerable friend?

Ever since Brene Brown’s book, Daring Greatly: How the Courage to Be Vulnerable Transforms the Way We Live, Love, Parent, and Lead, was published the world has been stuck like glue to its second favorite word – vulnerability. Brown’s book is wonderfully informative. She provides extensive research into how (as she calls it) to become an “open hearted” person. However in order to have an open heart and be vulnerable, we first must have a changed heart. One that chooses to act differently because it acts selflessly. And that only comes when we are willing to surrender our often guarded selfish heart to the Lord Jesus Christ.

As a kid, my mom sang a song with these words that I have never forgotten, “the heart is a rebel, and cannot be trusted. It always is seeking its own will to do.”  We guard and harden our hearts in ways we often don’t recognize. It is why our trust has to be firmly planted in God. When our heart has been broken and is lying open we truly are in the most susceptible place we could ever be. And it’s a place receptive to deception as well. It is why we must courageously choose to trust the Creator. God is the One who knows the number of hairs on our head, loves us with an everlasting love and has never lost sight of our heart’s desires. He’s watching our back and nudges us when we are heading down the wrong path. He brings justice when we have been wronged. He allows us to forgive the unforgiving and love mercy and grace and choose peace whenever possible. (Romans 12:18).

God loves brokenhearted people. It’s when we choose Him first that we are able to truly be “whole hearted” people.

Also, know that when you have opened yourself up and are in a vulnerable position life is going to be disruptive.  It’s often the reason we resist being and vulnerable in the first place. Those disruptive places may be painful but God is in the midst of our pain and suffering. He wants to bring restorative eternal healing. He’s not in the temporary bandage business.

The good news is that when we accept and allow God’s healing – His heart to flood into us positive changes happen and other’s notice. It allows them to trust us and perhaps find trust in God for themselves.

Finally…. How do you position yourself to be a safe friend?

Our culture is consumed with safety today. It’s the new next buzz word. It seems like a new law is being recommended every day because something isn’t safe. I can’t cook a chicken without a debate on the right way to wash it – or even if it’s safe to wash at all. We now are facing measles after it had been previously declared eradicated in the U.S. because some parents feel that the vaccine is unsafe. I climbed trees as a kid but today’s kids aren’t allowed to climbs trees because it might not be safe. I even cringe when I hear radio slogans proclaim “it’s safe for the whole family.”

Sometimes safety isn’t what’s important. Sometimes we have to risk something for change to happen and to build a foundation of trust. God calls us to go where it isn’t safe. Jesus wasn’t safe. He said “ Don’t imagine that I came to bring peace to the earth! I came not to bring peace, but a sword.” (Matthew 10:34).  Jesus came to disrupt our lives. And that often means changes that we don’t want. But Jesus came to show us how to live dangerously and go where it’s unsafe so that we could live life “more abundantly.” (John 10:10).

Early Christians were known to stay in the cities when the plague struck while everyone else was running for their lives. When the Jews were being exterminated in concentration camps by the Nazi’s during World War II,  Corrie Ten Boom’s trust in God affected her actions. She and her family hid Jews in their home costing their lives and almost hers. Countless stories have been written about the many saints who chose to trust God, changed the course of history and paid for it with their own lives. But that is the nature of authentic, vulnerable, and trustworthy friends.  They stand on the promises of God. It allows us all to stretch our trust and take risks. We are able to endure punishment because of the One who endured and gave His life. We are able to say as Paul did in Romans 8:28-29: “For I am convinced that neither death nor life, neither angels nor demons, neither the present nor the future, nor any powers, neither height nor depth, nor anything else in all creation, will be able to separate us from the love of God that is in Christ Jesus our Lord.”

Some trust in chariots and some in horses, but we trust in the name of the LORD our God. (Psalm 20:7).