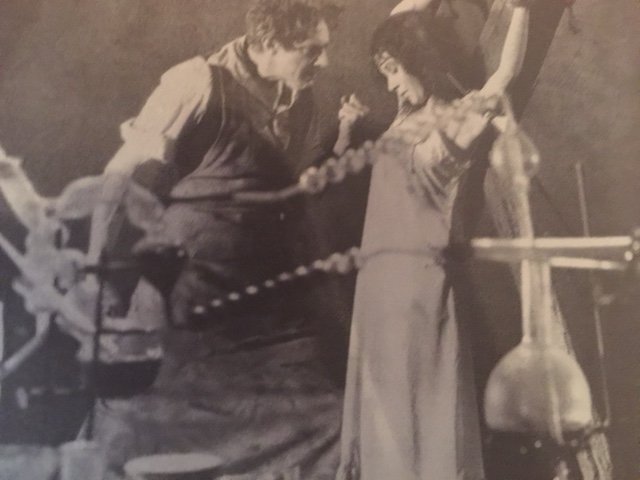 Ephesians 6:12 NIV for which I am an ambassador in chains. Pray that I may declare it fearlessly, as I should.

Many Hollywood professionals were “blacklisted” in the 1940’s and 50’s from well-meaning government officials who thought they were communists. They knew then, as they know now, that their artist work and what’s produced in Hollywood influences the world’s culture. They targeted writers in particular who might create stories favorable to furthering communism. Many were put on a blacklist losing their jobs and livelihood. Today a new unspoken blacklist exists in Hollywood. Not from government officials but from many professionals in Hollywood who are against political and religious people with differing world viewpoints. They fear that they might influence culture with their artistic work which disagrees with their own personal beliefs. This was made very evident at the 2016 Producer Guild of America Awards. Mark Burnett was awarded a Producers Guild Award for his reality TV show, The Apprentice, and many of the attendees at the event booed him because of his beliefs. This unspoken undercurrent of spiritual and political intolerance from a community that prides itself on tolerance is almost comical if it weren’t so pervasive.

So how do we as Christians not fight back militantly by protesting Hollywood or take flight – just ignore those who purposefully make life difficult for believers of Christ? We don’t do either one. We choose a third way. We choose the way Jesus took. He responded by asking a question of our accusers or he told a poignant story and walking away allowing the accusers and belligerent individuals to make a decision of what they wanted to believe and act on. Jesus came to people humbly – in love and we are to do the same. The Bible says “all have sinned and fall short of the glory of God.” Romans 3:23 (NIV).  Christians make mistakes and sin just like anyone else and we’re not to fight maliciously or belligerently. Jesus said to love your neighbor as yourself and allowed knowledge and wisdom to take the lead. He used stories also in this way so that individuals could grasp meaning and insight and not feel belittled or threaten.

The one time we saw the wrath of Jesus was in the temple with money changers – merchants who clearly had desecrated God’s Temple for selfish gain. Interestingly, His anger was shown toward people who knew better. They were believers in God but weren’t followers of His teaching. We have lots of those these days. I call them, “notional” Christians. They have a notion of God, but only follow Him when it’s easy, suits their lifestyle, and doesn’t cause conflict.

The Bible said we would have conflict, especially in the last days. Are you practicing God’s way of dealing with persecution? Jesus said in John 16:33, “I have told you these things, so that in me you may have peace. In this world you will have trouble. But take heart! I have overcome the world. (NIV).