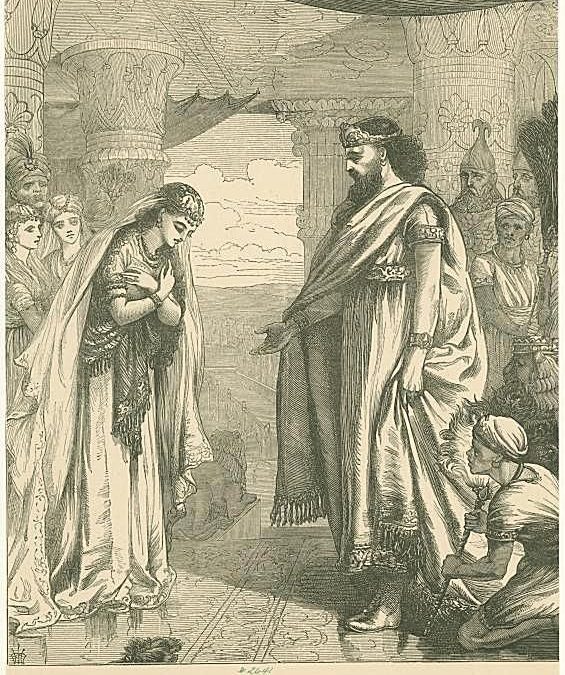 Wealth and fame are intoxicating, but there is one attribute that talent, birthright, or even accomplishment can’t achieve: civility. It can only be reached by a determination to remain humble no matter what your station in life.

Thousands of years ago, the Queen of Sheba arrived on King Solomon’s doorstep to see if he was the real deal. Hollywood’s even found the story so fascinating that several movies have been based on the story. The Bible says, “When the queen of Sheba heard about the fame of Solomon and his relationship to the Lord, she came to test Solomon with hard questions.“ I Kings 10:1 (NIV). The Queen wanted answers. She had wealth, fame, and beauty. She’d heard of the wisdom of  Solomon and that he served a powerful God, and she wanted it for her people.

In her kingdom, power and success were based on riches and often violence. But Solomon was a peacemaker so she came in peace, with civility, and an open heart and mind. She brought gold, silver, spices and more in order to buy what only an eternal God can give.

How does civility unlock that ability to lead with wisdom in our culture today?

In studying the life of a Queen still living today, Queen Elizabeth has shown the world grace and civility. True, all her decisions haven’t been perfect (she is still human), but she’s shown the world how to lead with grace even when the world chooses to go an opposite direction. I think most would agree she will die with a powerful legacy because of those choices.

Queen Elizabeth is not overly vocal about her faith in God, but she hasn’t hidden it either. In a book written to commemorate her 90th birthday, “The Servant Queen and the King She Serves,” she said: “I know just how much I rely on my faith to guide me through the good times and the bad. Each day is a new beginning. I know that the only way to live my life is to try to do what is right, to take the long view, to give of my best in all that the day brings, and to put my trust in God… I draw strength from the message of hope in the Christian gospel.”

Back to the days of Solomon, the queen of Sheba had heard that Solomon’s kingdom was “happy.” This is what the world desires today – happiness. I found it interesting with the recent marriage of an American divorced woman, Megan Markle, to an English prince, Harry. The fawning global audience was more concerned about their “happiness” even though a previous generation of royals abdicated the throne because to marry a divorcee wasn’t allowed. Ironically, Elizabeth is on the throne because of that abdication.

The world wanted this celebrity prince, who had been raised in opulence but in a broken family after the tragic death of his mother Lady Diana, to be happy.  If he could find happiness, perhaps we all could. The marriage gave the world an opportunity to be civil and for one day pretend to be at peace.

Sadly, happiness is temporary and is a surface reflection of real joy that only comes from God. Solomon and the Queen of Sheba both demonstrated God’s power to truly change the world and navigate unsolvable issues to bring peace. It was an equation that’s still known today. The question is, are we wise enough to respond?

With kindness and civility Jesus said, “come to me, all you who are weary and burdened and I will give you rest (peace).”  Matthew 11:20 (NIV).