Cultivating A Group that Matters 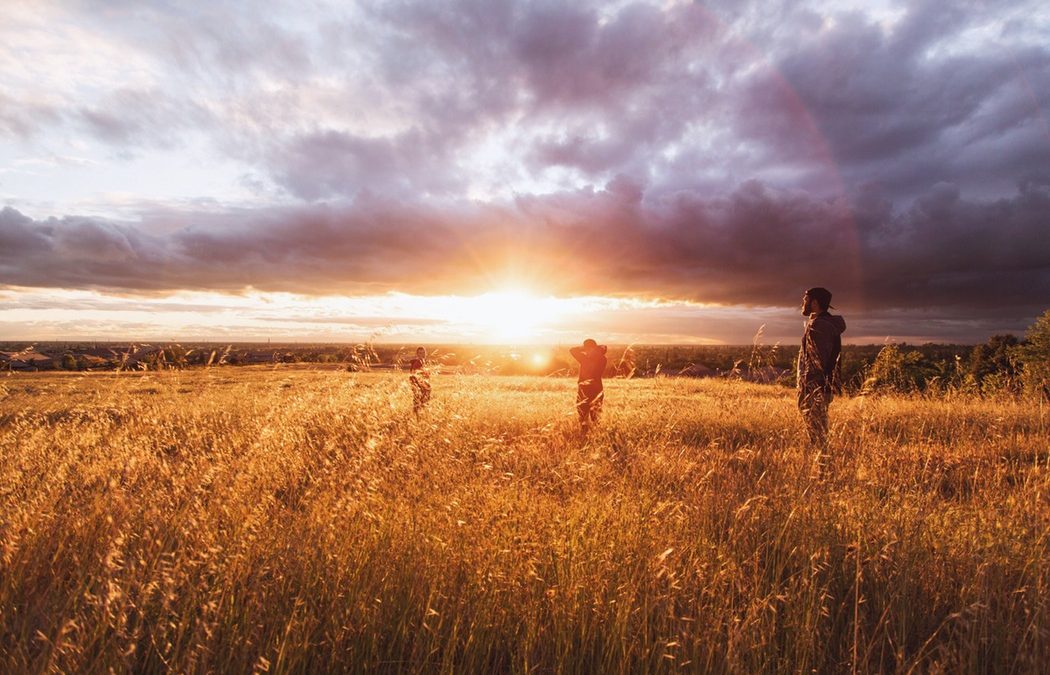 Cultivating is not just a gardening word. It’s a growing word that requires our effort. Are you cultivating your group, ministry, organization, and, more importantly, the Kingdom of God?  If you aren’t committed, it won’t become significant.

Several months ago, I attended and spoke at a national conference at the Anaheim Convention Center in California. While I was attending my event, the annual and hugely attended Disney Con, or Expo, was also happening there at the same time. It was apparent. Disney fans are a committed group. They came dresses up to the nines, and everything about them radiated “Disney worshiper” If you have ever been to a Disney theme park, you will also see this same devotion. Disney knows their “people,” or as they call them, their “guests” and what they like and want. Their employees are called “cast members” because they know they represent the Disney mindset to everyone that enters their theme parks or stores. Cast members go out of their way to make sure that the Disney language and lifestyle are represented fully and live up to the demands and desires of their followers. Their brand is creating the “happiest place on earth,” so whether it’s watching a Disney film, playing with a toy, or visiting the park or convention, Disney wants you connected to your “happy” place. Your happy place is at their core focus.

What are you committed to doing to make sure your group, ministry or organization is connected and assured that you can deliver on what you believe and say? Here are some thoughts on why successful groups centered around a compelling purpose can grow and even start a movement of loyalty that changes the world.

First, community is essential to any group.

Connecting and socializing is essential not just in person but in continual contact through social media, blogs, email blasts or however best suits the group. In today’s digital culture creating a group or community of like-minded followers is easier than ever. But it is essential to create space for all to feel welcome and connected. Most importantly, it means that the group makes them feel included. How they identify personally with your story or message is the priority in our “all about me” culture today. Followers want to be like those in the group. They want to look like them, talk like them, eat what they eat and think as they think. They want to have a voice and have a vote in decisions that affect the image and choices of the group. It’s why reality shows have some kind of audience participation. The audience wants to choose too. Disney knows their tribe’s likes and dislikes because they are continually checking in with them. They spend vast amounts of time and money on surveys, testing movies, food and makes them happy.  They engage their followers in personal conversations and know that minor details matter in growing and keeping relationships. Groups can be big or small, but ultimately, they must focus on their core value.

Values are the second most important aspect of forming a committed group.

Go back to the early Christian Church in the book of Acts in the Bible. They started as insignificant and small, but they would eventually dominate the world and turn a Roman hedonistic culture into a valued Christian society. The early Christians were focused and committed to their community values or what we call a worldview. Giving and forgiving was at the core of their values. Most importantly, they were willing to die for the most important of their core values – Jesus Christ. He had mentored them in how to love unconditionally. They had a shared experience with His life and the lives of His apostles whom He had mentored, and they saw lives transformed. They experienced freedom while living in persecution and suppression so that even as many were slaves, Christianity brought hope. Their united values made them committed to each other, and they became a force who stood up for righteousness and Truth.

The early Church couldn’t stop sharing the love of Jesus. They didn’t even have to speak because the way they lived their lives and the choices they made said it all. They cared for the sick when others fled. They adopted abandoned babies and deformed children and humanly cared for their animals. They loved the unloved and gave away their possessions willingly so that all would have enough. Committed groups who think and act the same want to be with each other. Their communities cannot help but grow stronger as they share beliefs, services, skills and personal possessions. Even more remarkable is that the early Christian groups become creative and sensitive on including others in more significant ways as they banded together.

Read Acts 2: 42-47 (PT). It reveals how the early Christians united. “Every believer was faithfully devoted to following the teachings of the apostles. Their hearts were mutually linked to one another, sharing communion and coming together regularly for prayer. A deep sense of holy awe swept over everyone, and the apostles performed many miraculous signs and wonders. All the believers were in fellowship as one body, and they shared with one another whatever they had. Out of generosity, they even sold their assets to distribute the proceeds to those who were in need among them. Daily they met together in the temple courts and in one another’s homes to celebrate communion. They shared meals together with joyful hearts and tender humility. They were continually filled with praises to God, enjoying the favor of all the people. And the Lord kept adding to their number daily those who were coming to life.”

We are committed to the core values of Christianity, and the passion for seeing the redemptive story of Jesus heard and followed through the effective use of media and the arts. As the early Church mentored us, so too do we want to replicate their choices in our followers. As professionals in media and entertainment, we want to build a global media community that will share, train, empower, and humbly give and serve each other so that all may know the Truth that sets us free.

In today’s culture of competition and of demeaning and undercutting of each other to be seen or get ahead, we have become a possessive world. We not only don’t share or give, but we also hoard. We keep what we have long labored over, fought for in positioning ourselves, and fear the theft of our cherished skills, talents and fortunes. In our minds, we fought too hard with our blood, sweat and tears to get where we are, and giving and forgiving, the core values of the early Church, are unthinkable today. Unfortunately, we remember the sacrifices and suffering it took too quickly and have forgotten God’s sacrifice for us. His Son gave. He gave to everyone willingly. The Bible tells us that Jesus learned by His sacrificing to give and be obedient. In Hebrews 5:8

Can we be obedient in the same way?

God is calling us to break our Christian cultural mindset of competition and hoarding amongst ourselves. The pandemic has awakened in many the need to apply God’s wisdom of giving and sharing and to step away from our selfishness. Our possessions will one day be useless and what will remain is the legacy of how we did or did not give or care for others. God is the ultimate giver of all. He is the One who blesses us with the influence of one person or of thousands according to His purposes. He is the Source for our future and all we need. Are you ready to identify with Him? Are you willing to risk it all and lend your talents, skills, and provision to others, knowing that as you do, together the numbers will grow the Church?  The early Church proved that by cultivating giving and forgiving and focusing on a God-centered lifestyle, the world could change. The Bible tells us that they grew in numbers rapidly and flourished.

Disney wants to cultivate happiness. Happy is temporary. God wants us as Christians to cultivate joy because God’s joy is eternal. It is unconditional, unmerited love at its core.

Will you be committed to cultivating joy?

“Don’t hide the light. Let it shine brightly before others so that the commendable things you do will shine as light upon them, and then they will give their praise to your Father in heaven.” Matthew 5:16-18 (PT).