Desires, Fears and the Idols of Bondage. Will You Smash Them? 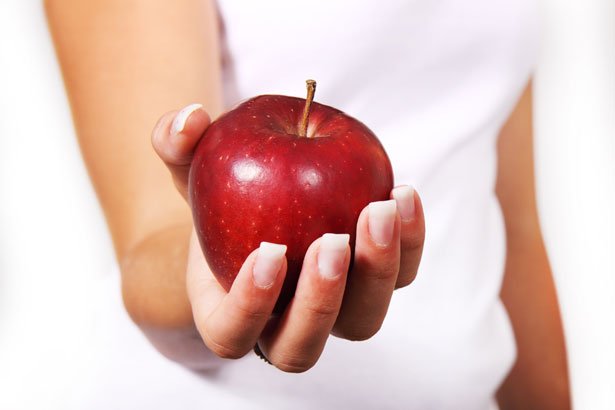 When do we start to be sneaky? Wanting something so badly that we lie, cheat and hide? When did our desires – the fear of not having enough, so take over control that we not only lie to others but to ourselves? Psychologists tell us that we can so convince ourselves of a lie that we eventually believe it to be true and lose our ability to see the real truth.

Recently I caught my 6-year-old granddaughter with her hand in the candy bowl (haven’t we all). She knows better, but her overwhelming desire was just too powerful. After being caught she tried to justify it by saying she was just going to keep it for after dinner, and that she got the sucker for her 3-year-old brother. But my favorite was that “mom always allows me to have candy.” Oh, how we learn at an early age to backtrack, justify, blame and even lie to ourselves to get what we want.

My granddaughter did immediately apologize, and for that, I was truly proud, but sadly, as adults, we don’t confess and ask forgiveness very quickly. Our usual first choice when we get caught is to hide. It was the first choice Adam and Eve did and then Eve went on to blame the Serpent. When we get away undetected by an initial wrong choice, we generally keep repeating it. Soon we have to make up more lies to cover the original one and we begin to build an idol.

When we want something so badly that we would sacrifice what is right and true to get it, we create an idol.

An idol is often called a “graven image.” We create gods of desires and false protection for our fears, and many have turned them into actual physical images. Cultures today have huge populations who worship and sacrifice to these physical images and wars have begun over them for hundreds of years. Idols lead to the sneaky arms of bondage when God wants us to live in the open arms of freedom.

Spiritual intervention is the only way to uproot the choking grip of idol bondage.

Instead of reaching though for God’s forgiveness and intervention when our desires and fears overpower us, we instead get angry. Timothy Keller in his book, Counterfeit Gods: The Empty Promises of Money, Sex, and Power, and the Only Hope that Matters, says this: “When anything in life is an absolute requirement for your happiness and self-worth, it is essentially an ‘idol,’ something you are actually worshiping. When such a thing is threatened, your anger is absolute. Your anger is actually the way the idol keeps you in its service and in its chains. Therefore, if you find that, despite all the efforts to forgive, your anger and bitterness cannot subside, you may need to look deeper and ask, ‘What am I defending? What is so important that I cannot live without?’ It may be that until some inordinate desire is identified and confronted, you will not be able to master your anger.”

Courage comes from the French word, couer for the heart. To take courage means to expose ourselves to possibly a broken heart. It means we voluntarily chose pain and suffering and who wants to go there? So instead, we justify or deny our selfish desires and put up our fists to protect ourselves. We dig in our heels and instead of keeping an open heart, we harden it. Anger throws up a protective shell for us to hide behind. And it takes courage to break out.

Do you have the courage to allow God to lead you out of fear-driven idols?

Uncertainty is the number one accelerant that fuels the fire of our fears. The COVID -19 pandemic has placed us in an uncertain and fearful world. There are and will be lies revealed as we move into the new COVID world and it will make us angry and create more fear and mistrust. God’s voice in times of disastrous disruptions has always been to restrain our fears from the viral infection of uncertainty and to trust Him. When Rachel left to be Jacob’s wife, she snuck her father’s idols into her belongings (Genesis 31:19).  She was afraid of where she was going and couldn’t fully trust Jacob and His God. Her inability to trust God led to continued family issues and the infusion of idol worship into Jacob’s family and eventually all of God’s chosen people, the Jews. God wants us to tear down our fear idols so that He can bring us a life of freedom.

Ask God to smash your idols and replace them with the certainty of Himself.

St. Augustine in his classic work, “Confessions” says that sin is “disordered love.”

It’s love (desire) for something that is actually good (like candy to my granddaughter) but we have desired it so much that it has become something bad. It has become an idol. What did you desire, love so much pre-COVID, that you now fear to lose? One sure way we know it is an idol is the way we deny it and justify it when we are confronted with its power in our life. It is why Jewish religious leaders stoned Steven, the first martyr in the New Testament. The leaders couldn’t extract the idol worship of their fear of not following the law and their power of influence over the people. The law had given them power, position, wealth and influence. But they twisted them into bondage which led to misguided beliefs – lies they told to justify their desires and keep their fears suppressed. Instead of confessing, they became so angry they committed murder. They stoned Steven.

God has told us that if we humble ourselves, turn from our wicked ways, (desires and fears) He will heal our land. II Corinthians 7:13-14. Are you willing?

Examine your idols of fear and desire. As we emerge from the pandemic, smash them and walk out in God’s forever freedom.