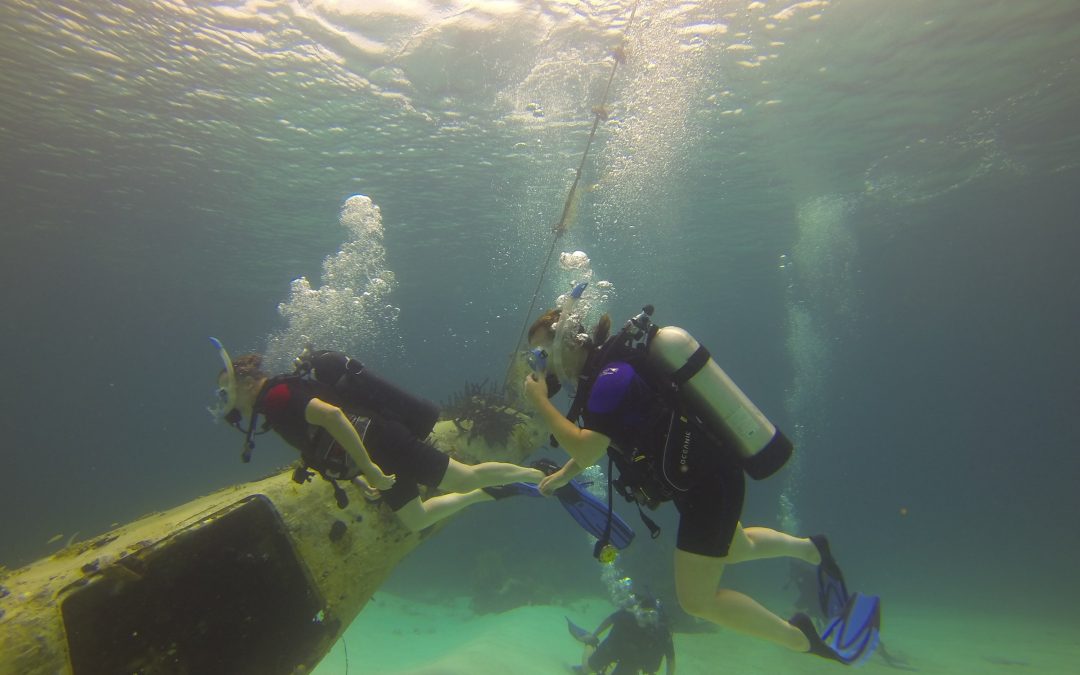 Tied in their beds. The story I was reading gripped me since I was about to dive that morning to see the wreckage of the historic RMS Rhone, a UK Royal Mail ship embedded since 1867 in the depths of the Caribbean Ocean. The site of the Rhone, now a National Park, is considered one of the most popular diving destinations in the world. But what fascinated me was the tragic loss of life that resulted from long-held traditions based on “what’s always done” during a hurricane. In this case, it was tying people to their beds during the storm to keep them from being tossed about on the ship. But as the boat sunk, what was done for “protection” became their doom. As a result, only one passenger survived the wreck of the Rhone.

Holidays are full of traditions – the way we always do it – but these traditions in our changing culture can often cause disasters. In today’s blended and disconnected families, holiday chaos occurs because traditions become misunderstood. Created out of a sense of love, identity, unity – even a need for security, what was meant to bring joy and love sometimes brings strife.

Holiday traditions are tightly wrapped up in our spiritual and personal identity. We’re tied to them – like the passengers on the RMS Rhone. Conflict is the last thing one wants to happen during what is supposed to be a joyful holiday. One of my constant struggles in life is to untie myself and trust God to bring new understanding of who He is into my life – to see things as He sees them. To relinquish what I want or think is important and follow His will and wisdom. One of the reasons I resist is that it requires me to make choices that might bring unwanted financial decisions, disconnection with loved ones, and the probability of pain – living in a raging storm for a time.

When is it OK to break these tried and true rules and traditions? How can we stay true to traditions that bring spiritual meaning and joy but embrace new traditions in our diverse and changing cultures? Will embracing new ideas bring havoc, bigger storms, or loss of spiritual significance?

Here’s three thoughts to consider that might help bring peace in the midst of a challenging holiday storm:

1. Write down your personal story. It sounds crazy, but most of us really haven’t taken the time to write our personal story (what’s been traditionally called our testimony) down. Include why the holiday traditions have such special meaning for you. Sometimes family traditions that began as acts of love lost their significance simply because the meaning of the story wasn’t passed to the next generation. Re-tell the story so that loved ones can connect with them and understand their meaning. That might also reveal where some of those traditions are placing undue burdens on family members and unneeded stress. Jesus taught us the importance of traditions when he broke bread at the last supper and said “do this in remembrance of me”. But if the story behind significant holiday events become lost they become meaningless rhetoric. So leave a lasting gift this holiday season by writing down the cherished story of your faith.

2. Examine your preparations. When I scuba dive, I have to be prepared, so I check my gear carefully before I go under water. It’s also important to have a diving partner, so I never dive alone. It may sound silly, but the first rule, once in the water, is to breathe. (Underwater, I find breathing essential!) Many divers have lost their lives due to thoughtlessness or lack of preparation. If panic sets in, mistakes are made, and disasters occur. During a dive, I’m constantly checking in with my diving partner. Each diver carries an alternative regulator so that if a diver’s tank runs out of air, you have an alternative source. In fact, in order to become a certified diver you need to learn to breathe out of your partner’s tank. Likewise, during the holidays, prepare and be properly equipped, plus, have a partner and alternative source of air – the Holy Spirit. Keep checking in with Him and if you get into unpredictable currents He’ll be there for you helping you surface. The amazing thing about diving is that it puts you into an unknown world that you’ve never seen before. Each time I dive I challenge myself to face the fear of the unknown, but the risk of seeing God’s beauty below the surface is well worth it. So be prepared. You never know this might be a holiday that God reveals new things to you through His eyes.

3. Have a 3AM friend. Storms hit at unexpected times. Holidays can be times of great emotional hardship for those who may have experienced tragedy during these times. Having a trusted friend to call can be your saving grace when uncertainty hits. Accountability is a trendy word in our present culture and it’s often talked about more than actually done. Working in Hollywood, I’ve seen the destruction that happens to celebrities who by the world’s standards seem to have it all together, but in reality are terribly alone. It’s been said that “It’s lonely at the top,” but it doesn’t have to be when you’ve built a strong relationship in God and an earthly relationship with a trusted 3AM friend. In 3 out of 4 of the Gospels, the Bible tells the story of Jesus whom the disciples awakened in the middle of the night during a storm at sea. His response: “Why are you so afraid”? Do you still not have faith?” The disciples physically had Jesus with them and they still lost their faith in His ability to calm the raging storm. In the chaotic world we live in today having a trusted friend to pray and stand with you during difficult times can be your physical life preserver.

God wants us to be at peace in the midst of holiday storms and to bring His peace to those around us. It’s interesting that the first person who died in the RMS Rhone was the captain. He was said to have immediately been thrown overboard when the ship was thrown into the rocky cliffs. A spoon can still be seen imbedded in the wreck that local legend says belonged to him.

Tying ourselves to our beds (traditions that lack meaning) will only get us drowned. To survive, we must be willing to share our personal story about what these traditions mean to us, prepare for the unknown storms with the knowledge of God’s Word, and be anchored in an everlasting relationship with a Savior who can help us calm any unsettling storm that might occur.

Here’s to your ship making it into port this holiday season!