Evaporated Thinking:  How Digital Media is Changing Us 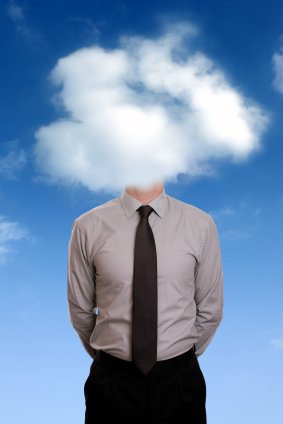 In the first 3 months of 2018 American high school students experienced 17 shootings at various schools in the US. What were they thinking?

The average adult spends twenty hours connected online each week and teens spend 9 hours daily engage on digital media with a third of that time on social media. At least that’s what they admit to doing when they aren’t eating and sleeping with their phones.

Have we lost our ability to think?

Neuroscientists are studying the effects of media on our brains and many believe because of the endless addictive intake our brains are actually changing. According to one report, many of us become addictive to social media in much the same way we do to drugs. Studies show not only a loss of memory, attention and information processing but at even greater risk, with the plasticity of our brains, we are losing our ability to empathize and socialize with real human beings. With the endless barrage of noise, how does that change our ability to think?  When we don’t shut down the noise, does it prevent us from examining who we are and why we exist and distract us from core values?

If anyone contemplated the question of why we exist it was French philosopher, mathematician, and scientist, Rene Descartes (1596-1650). He’s been called the father of modern philosophy and famously coined the saying, “Cogito ergo sum” – I think, therefore I am. He followed that statement with an argument for the existence of God based on the natural world and a rational approach through science and mathematics while repeatedly writing about his faith and devotion to God.

But if digital noise doesn’t get shut off then essential questions won’t be asked. The consumption of media noise will drug us into a life of isolation, self-centeredness, apathy, and bloated brainlessness.

If Christian believers are to continue to reach new generations we have to cut through the endless media noise. God has you in places of influence whether you live in a small town or an urban metropolis to bring His wisdom and teach blinded eyes discernment. To focus on “whatever is true, whatever is noble, whatever is right, whatever is pure, whatever is lovely, whatever is admirable—think about such things.” Philippians 4:8 (NIV).

Just say NO, as the famous American drug campaign has taught kids for years (but this time it’s not physical drugs but digital drugs that are poisoning all of us). Stop asking “what are they thinking” and start helping them understand the world outside the screen. We all have tribes that we associate with and for many these tribes are on social media platforms. These groups push various agendas and it’s one of our single biggest threats to moral thinking and social change today. (#SpringUprising, #MeToo, #GlobalWarming #GunControl.)

Will you be an instigator of Godly thinking or become a member of a group that will dictate how you’re to think? (And God forbid if you decide to think differently than the rest of the group). Begin by shutting off the junk media and choose to get particular about what you’ll watch or listen to and what you’ll mindfully focus on. Become an intelligent voice that could change a person’s life and direction. It’s one of the reasons I write my weekly blog at KathleenCooke.com and launched Influence Women. This group is focused on helping women think who work in media and entertainment and to stimulate conversation and projects that encourage cultural change through engagement with God.

Joshua saw the direction the Children of Israel were going and took a stand when he said, “But if serving the LORD seems undesirable to you, then choose for yourselves this day whom you will serve…. But for me and my household, we will serve the LORD. Joshua 25:15 (NIV). Choose wisely how you spend your time, and what you consume. Stay aware of your surroundings, issues, cultural voices, trends, books, magazines, blogs, and podcasts and how they affect your thinking – just don’t let them consume you. When it comes down to your ultimate focus, choose to spend time at least four or more times a week in Bible reading. It’s been statistically proven by the Center for Bible Engagement to make a difference in the direction and choices in peoples lives. It’s why I wrote a devotional to give readers a place to begin called, Hope 4 Today, Stay Connected to God in a Distracted Culture. Don’t brush off the Bible as passé. There’s a reason it’s been around for thousands of years and why it remains relevant today. It’s not an ancient document but one “That is active and alive.” Hebrews 4:12 (NIV). In fact, it’s the greatest source of wisdom and thought ever given to man and it “will keep you in perfect peace whose mind is stayed on Him.”  Isaiah 26:3 (NKJV)