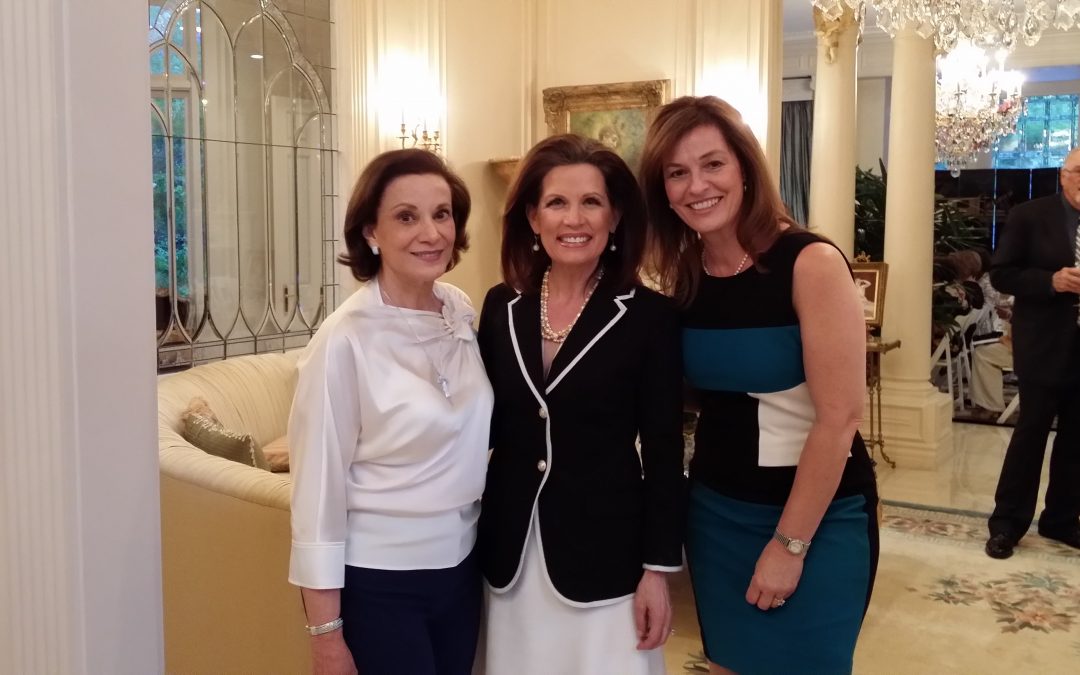 A multi- billion dollar a year sex trade business flourishes today and the average woman (or young girl) enslaved is between 12 and 14 years old.  But that’s just one of many evil areas of bondage that are pervasive and rampant in our world today.  Personal freedom? Who pays for it?  It’s a complicated question that wars have been fought over and men have debated since the beginning of time.  It’s a question that I can’t answer in this short blog but I had the pleasure to meet someone last week that has been willing to tackle the question and walk into that lions den. So I am honored to announce that Congresswoman Michele Bachmann will be one of our ASCEND 2014 featured speakers on Oct. 11th in Los Angeles.  Susan Wehba, one of our co-directors and I spent some time with Michelle at a private event recently and I saw the heart of a true  “freedom fighter.”

When I spoke to Michele, I saw the heart of a woman who loves personal freedom but knows that it begins with a relationship with God.  A woman that models her life after the great English Parliamentarian William Wilberforce who is credited with ending the slave trade in England in the early 1800’s and was the founder of several charity organizations still in existence today. She is passionate about setting people free from the things that hold them back just like Wilberforce.  She has been a foster parent to 23 children and fights for the rights of countless men and women who have no voice. Working in the political arena today is daunting and requires true grit, fearlessness, and courage.  Many have called her a “fanatic” but I think Wilberforce said it best: “If to be feelingly alive to the sufferings of my fellow-creatures is to be a fanatic, I am one of the most incurable fanatics ever permitted to be at large.”

Personal freedom… Jesus paid for it already.  Now it’s up to us to come together in unity,  and become “freedom fighters” wherever we live and work. I hope you will be courageous enough to be a part of ASCEND 2014 on Oct. 11th and meet other women who are champions for the heart of God and the freedom and power He brings to set us all personally free.