Give Until It Hurts: A Lesson from Mother Theresa 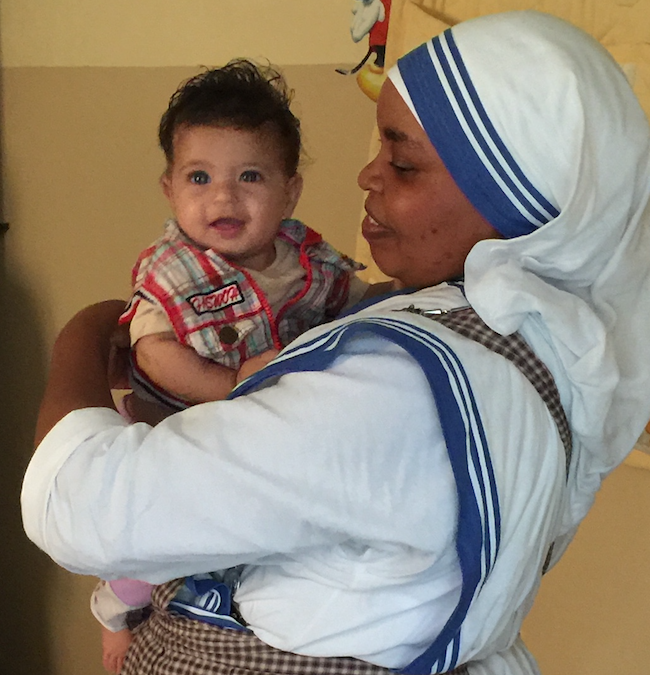 One of the most powerful talks I have ever read was that of Mother Theresa’s comments at the National Prayer Breakfast in Washington D.C in 1994 before her life passed to glory in 1997 as reported by Peggy Noonan. Mother Theresa spoke on many things that day and many who attended and reported on her speech focused on her pro-life comments. Unfortunately, many missed a deeper teaching on caring for eternal souls. While in the United States Mother Theresa visited a nursing home for the elderly. She was impressed with how well they were physically being taken care of but saddened to see that the residents didn’t smile. They sat lifelessly.

Care comes at many levels.

There is physical care and then there is caring for the soul of man. Mother Theresa recognized the difference instantly when she looked into the eyes of the elderly patients because her life’s work was that of caring for souls. She recognized spiritual poverty as being more significant than physical poverty even though it was physical poverty that she had become famous for combating. She said, “neglect to love brings spiritual poverty.” And then went further. “Are we willing to give till it hurts – to be a family – a family of God? If we are not willing to give whatever it takes to do good to one another, sin is still in us. That is why we, too, must give to each other, until it hurts. It is not enough for us to say, “I love God” I also have to love my neighbor. St. John said that you are a liar if you say you love God, and you don’t love your neighbor. How can you love God, whom you do not see, if you do not love your neighbor, whom you see, whom you touch, with whom you live? And so, it is very important for us to realize that love, to be true, has to hurt. I must be willing to give whatever it takes not to harm other people, and, in fact, to do good to them… Otherwise, there is no true love in me, and I bring injustice, not peace, to those around me.”

As we move forward in our life journeys, her words need to be revisited. It is this caring for all mankind at all stages of life that needs to be pondered. Personal or political agendas need to be set aside, and the heart of God needs to be the priority.

Our souls are eternal. Physical bodies die, either prematurely by the hand of man or naturally with age, but souls are immortal.

As a national board member for the Salvation Army in the United States, I see selfless men and women who care deeply not just for man’s momentary physical needs but for their spiritual and eternal souls. It is a deeper love that comes when one knows the truth of God’s promise. It comes from endless sacrifice and a willingness to walk into the lives of the suffering. They peered into the mire of man’s physical shell and see what God sees. Inside of us is the pearl of great price.

I am privileged to travel to countries where God’s light is dim and must be kept underground because of religious persecution. I give witness to missionaries devoted to selfless love. Devoted to bringing light and hope as God’s hands extended even when under threat of persecution and death. Their love comes from supernatural places deep inside of themselves and it is powerful and changes culture. It brings new life. I have had the honor to visit her ongoing Sisters of Charity mission sites in Calcutta, India (where she is buried and a museum exists to her legacy) and in Cairo, Egypt in Garbage City – the city garbage dump. It is where the Sisters of Charity care for abandoned children with physical issues and widowed women left in poverty. Both places of refuge are places of caring. Both places have an unnatural peace that defies understanding when you enter them. The sisters of God who work at each location look deeply into the eyes of those they comfort so that all may see the light of hope from God.

Peggy Noonan’s comments ended with this about Mother Theresa’s speech that day. “She finished her speech to a standing ovation and left as she had entered, silently, through a parted curtain, in a flash of blue and white. Her speech was a great success in that it was clear and strong, seriously meant, seriously stated, seriously argued, and seriously received. She spoke with a complete indifference to the conventions of speech giving, not only in her presentation reading the text as if she were reading some dry old document aloud, rarely looking up, rarely using her voice to emphasize, rarely using inflection, expression, or gesturing but in her message. She softened nothing, did not deflect division but defined it. She came with a sword.  She could do this, of course, because she had a natural and unknown authority. She has the standing of a saint. May you pursue and achieve such standing as you think and work and write and speak.”

Mother Theresa’s directness was powerful and provoking that day to all who listened. It is still relevant and empowering for us today. I would encourage you to read her comments in their entirety. She was a small woman of statue, but her giant like boldness influenced thought and wisdom to this day. May we all remember souls’ matter and “give until it hurts” to those we meet along life’s journeys.