His Eye Is On The Sparrow 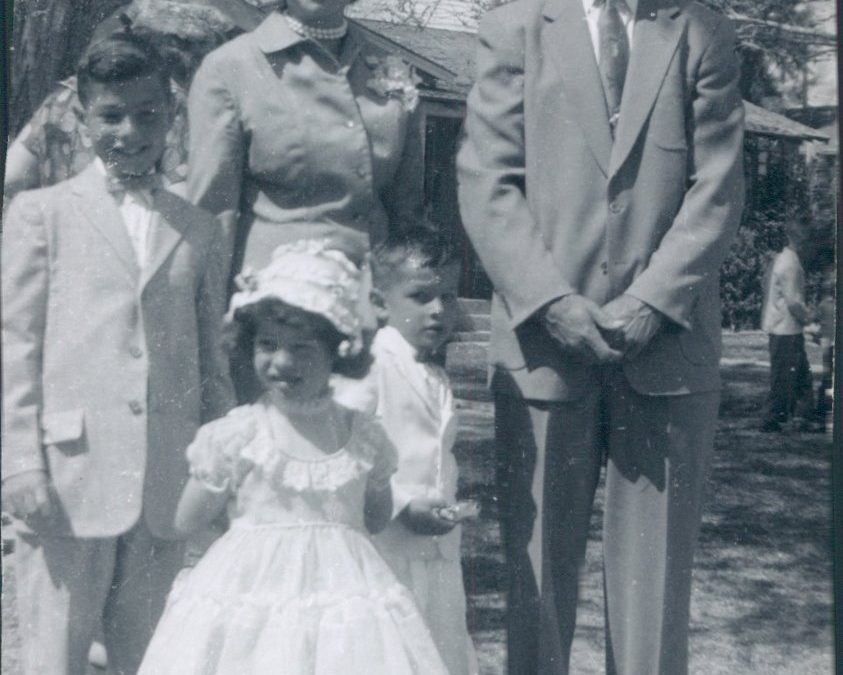 My dad was born into an immigrant French home in 1922.  He was a bit of an odd ball in size. His mom was 4ft. 9 and his dad was 5ft. 6., but my dad was 6ft. 4.  That was very tall for most people at the time especially with such short parents. I think he always felt very out of place most of his life and so was an introvert, and introverts become observers. So with my dad’s height and his watchful eye, he became a star basketball player in high school and college and was recruited as the first basketball coach for Las Vegas High School in 1949. Today his record still stands for winning the most high school state championships in Nevada history.

Relating to women was difficult for my dad, so he spent his life around guys. He had an older brother but his sister died as an infant.  When it came to children, he had two sons first, and then I came along so my mom was thrilled to have another female in the family.

After my father’s death I remember my mom saying to me one day that she always knew my dad loved her deeply but that it had been difficult for him to express it verbally. As she was going through his things she observed how he had done things for her without her knowledge to make sure she would be cared for after his death.

I understood how my mom felt because while I never doubted that my dad loved me, I just never heard it come from his lips.  As I grew into my teen years I learned to observe how my dad expressed his love to me.  Oddly enough, one of the first signs was with a box of tampons.  He use to buy them for me.  I know that seems weird but for my dad it was his way of telling me he loved me and cared about the pain and suffering I went through each month.  My mom and dad did the shopping together in our house but tampons at the time weren’t sold at the grocery store. You had to go to a drug store to get them, and he wanted to made sure I had them. Later on as I grew he added other things like nylons.  Words were never spoken but they showed up in my room and he always got the size and color right.  He quietly wanted to make sure I had what I needed.

In a similar way, our heavenly Father cares for us intimately.  He understands what we need and provides for us, but we don’t always notice.  Instead we complain and moan about what we don’t have or aren’t grateful for what we do have.  So this Father’s Day take some time to notice how your heavenly Father is providing for you in ways you don’t normally notice.  You’ll start noticing that the most important things show up without our even asking.

Have you thanked Him and told Him how much you value his consistency and unmerited love? Your own dad might not have been perfect, but our Heavenly Father is and he always has your back.

Matthew 10: 29-31 NIT  “Are not two sparrows sold for a penny? Yet not of them will fall to the ground outside your Father’s care. And even the very hairs on your head are all numbered. So don’t be afraid; you are worth more than many sparrows.”