Hollywood Choices: Walking in the Rewards of Heaven and not Hollywood: an Interview with Actress Edwina Findley 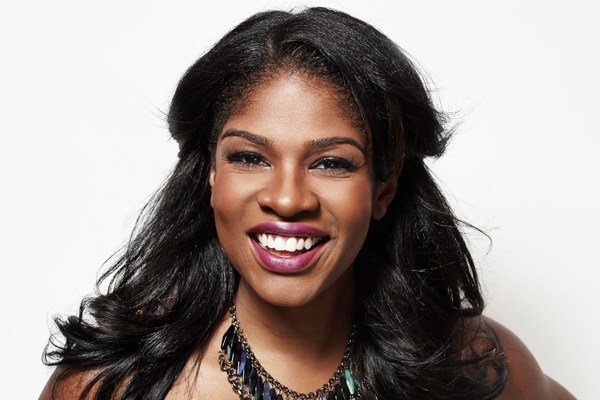 God calls us to make the choice, either follow Him or go our own way. When Edwina Finley Dickerson, HBO’s The Wire, Treme, Tyler Perry’s If Loving You Is Wrong, AMC’s Fear The Walking Dead, and Get Hard with Will Ferrell and Kevin Hart made that choice for Jesus and the choice to follow her passion and calling into the theatrical arts it came with challenges and some strategic negotiations. She started with prayer and a firm relationship all built on her Heavenly Father. The scripture says God doesn’t take us out of the world but that He gives us wisdom for our journey to navigate through the unforeseen. In today’s culture, maneuvering around nudity, cursing, and using God’s name in scripts for Christian actors is stressful and challenging. In the highly competitive culture of Hollywood and the many Harvey Weinstein’s that exist there, Edwina has been able to stay strong in her faith and relationship to God. Even though it may be more intensified in Hollywood, in many ways, the challenges she faces in her career are not that different from the culture of our world today.

Recently, I had the opportunity to catch up and discuss these challenges and choices with Edwina, a follower and lover of Jesus and a talented and successful actress in Hollywood.

Kathleen Cooke: You lived and worked as an actor in New York for several years before coming to Hollywood, tell us about what you were confronted with as your first big break into the industry happened?

Edwina Findley-Dickerson: “My very first screen test ever was for a role that required nudity. I didn’t know it at first, but when it was time to sign contracts, negotiate pay, and prepare for the limo to pick me up, I was confronted with a ‘nudity clause’ to sign along with my contract (which offered me more money than I had ever been paid before). I was given only one evening to decide whether I was going to take the deal. At 24 years old, I felt too overwhelmed and really didn’t know what to do.

I prayed. The next morning I woke up with the story of Queen Esther in my spirit and specifically the portion where she boldly approaches the king despite what he might do to her. I knew I had my answer. I called my agent and asked her if I could speak with the director. I might as well have asked her to speak with the President. Not only did my agent refuse, she insisted that the nudity wouldn’t be gratuitous and I was being ridiculous for making it an issue. She told me that the nudity clause was non-negotiable. The only recourse I was given was to either sign it or forfeit the entire opportunity altogether. But God had other plans. Although I had never met him before, I knew God placed it upon my heart to contact the director, and sure enough, he ended up calling me. God gave me the words to share with him and he promptly responded, ‘Call your agent tell her what you are willing to do and not do and I will see you in LA Monday morning.’

I will always cherish that experience and remember that God, not man, is the author and finisher of my career and my life. I realized that very few things are non-negotiable, but it does take wisdom and the leading of the Holy Spirit to know what to ask for, what decisions to make, and how to approach various compromising circumstances. It is far from easy, but even if you have to walk away from a project or deal as a result of your convictions, you can always be assured that you are walking in the ordered steps that God has planned for your life. There is a special blessing in that.”

Kathleen Cooke: How does an actor play a prostitute or substance abuser and not use offensive language in Hollywood?

Edwina: “My personal goal as an actress is to tell the truth about the human condition. If there is any one thing I strive for through my acting it’s honesty. That being said, I do play characters that swear. Most of the characters whose stories I’m telling are not Christians but flawed human beings maneuvering through life the best way they know how. They’re making choices or finding themselves in circumstances far different than my own.

I have played both prostitutes and drug abusers. My goal has not been to ‘sanitize’ them but rather to share the truth of them and that includes how they speak and maneuver through the world. I try to get to the root of the character. What is their genuine motivation? How is it deeply affecting them on a visceral and emotional level? The truth is that if a person is a prostitute or drug abuser they are already living in a form of sin. I don’t know that a drug addict or prostitute cursing makes them a better or worse person. The bottom line is that person is living in the current condition they are in because there is a separation between them and the heart and love of God. When we come closer and surrender to God our hearts, spirits, lives, language, and behaviors begin to change. Sometimes I feel Christians expect (even demand) that people’s external behaviors change without a person being renewed and transformed on the inside first. It doesn’t work like that. If it did, we wouldn’t need the indwelling of the Holy Spirit to help us conform to the image of Jesus.

Where I draw the line with most of this is gratuitousness. In many scripts people are living in darkness because they want to and it’portrayed as fun, enticing, alluring, and desirable. It’s hard for me to stomach and normally I run in the opposite direction. I definitely use spiritual discernment when reading scripts and to see the spiritual implications/motivations behind the character. If there’s something unsettled in my spirit I go to God about it. Or, if there’s something in my spirit that doesn’t feel like God is calling me to do I just say no and move on to the next great adventure. As a Christian, or anyone who has morals and convictions, the one thing you can’t be afraid of in this business no matter how intimidating is the word, ‘no.’”

Kathleen: When you were starting out in the industry (and even now) did you have an idea of the path God was leading you on? How do you discern even today between what are your hopes and ideas and what is God’s will?

Edwina: Honestly, it’s all about prayer, faith, and obedience. I would spend hours in prayer, worship, and Bible reading. It was a season of journaling and Bible reading which today is still is a high priority. It’s about conversations with God in prayer and revelations through His Word that come to my spirit. From the beginning of my career God revealed and gave me His assurance that He had a plan for me but it was rooted in intense intimacy with Him. Worship is about honoring and surrendering our will to God and it’s in worship that He reveals things to us.

The faith and obedience part has to do with walking out the things that God was showing me and having the courage to do it (or not do it, in some cases). Submission, which is relinquishing our will for His will, is a big thing. There were things I really wanted for my life, and other things God said would cost me something. But when you’re willing to be humble, God sees your heart is in the right place and He brings peace.

Spending time with God is the key. It’s why I love your new devotional, Kathleen, Hope 4 Today: Staying Connected to God in a Distracted Culture. It’s written on a doable 4-day format which encourages readers to spend quality time with God.  It’s based on proven research that if you spend 4 days or more a week reading the Bible and engaging with Him that it dramatically affects your life in positive ways and in the choices you make. Even if you make a wrong choice or wrong step you and God are so close that He can easily redirect you. You don’t have to be fearful or afraid because God loves you and it’s His good pleasure to give you the kingdom.

Lastly, I’d say, it’s about confirmation. God was great about sending His confirmation to me regarding things I was discerning or hearing from Him. So, when you pray, pray for both revelation and confirmation and He will give you that extra boost of confidence that you are on the right path. Whether you choose to accept the role or whether you don’t, knowing that the Holy Spirit is with you and leading you is the most important thing.”

Kathleen Cooke’s new devotional “Hope 4 Today” encourages readers to engage with God. As co-founder of Cooke Pictures (cookepictures.com) and The Influence Lab, she publishes a monthly newsletter (influencelab.com/women). Find out more at kathleencooke.com, or reach her on Twitter @KathleenRCooke