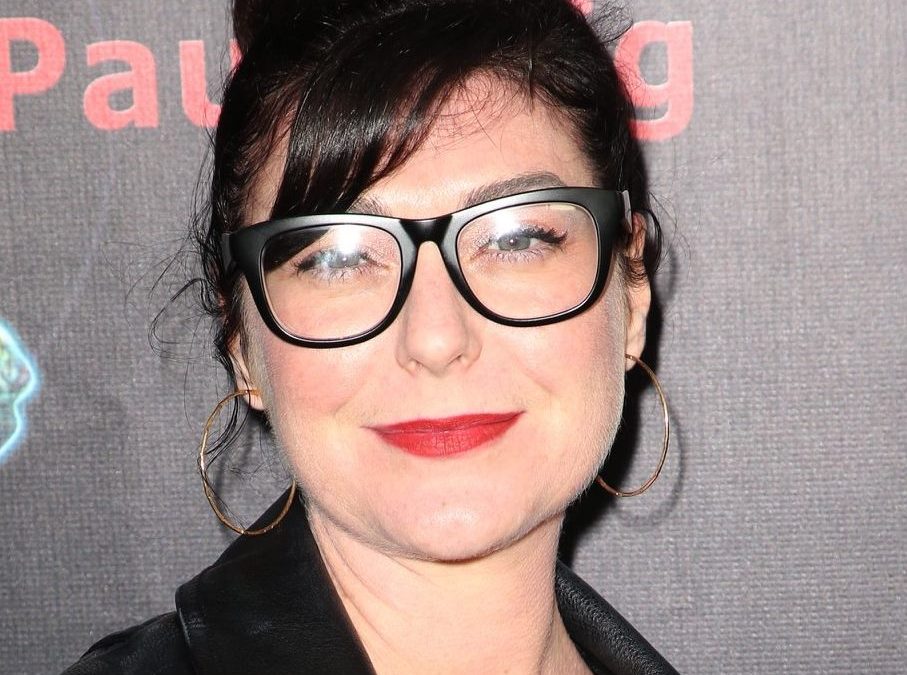 Kathleen Cooke: As a female producer in Hollywood who is passionate to see women thrive, what do you want women to know that they often don’t seem to comprehend?

Alexandra Boylan: God loves me! God loves you! Everything we see, past present and future, in the way women are treated is not God’s design. It never was, and as we follow Jesus, we see him constantly lifting women up. Jesus is setting the example of how things were meant to be, not the way the fall of man affected the treatment of women. Women don’t get a lot of action in our history books, we don’t see a lot of films from the female perspective. I have chosen to make it my mission to bring stories about women for women to life, with or without anyone’s permission. I pray to someday do a women of the Bible series! There are so many extraordinary women in the Bible that many of us have never heard their story. But trust me GOD used women all the time. And now it is time to bring those stories to life and into the World. So we ladies can know we are loved by our GREAT creator.

Kathleen:  Talk about ambition.Often our Plan A isn’t God’s.

Alexandra: As an extremely ambitious person I spent my twenty’s chasing after an acting career in Hollywood. I was met with roadblocks at every time.  For ten years I pounded the pavement as they say, but getting nowhere.  At first, I thought God had called me to the West Coast to pursue an acting career, but after so many years of anguish, rejection and pain, I couldn’t justify my own desires anymore. I packed my bags and moved to New Mexico, literally surrendered my life back to GOD.  I threw my hands in the air and said LORD, I give my talents to you, guide me where you want to me to go. I spent the next year in solitude with God, praying and surrendering. Well, let me tell you, that when you truly surrender to HIM, your life will come back tenfold. I started creating my own films as a writer/producer and eventually, GOD called me to make movies for HIM.  Ever since I began the journey of making female-driven faith based-films, I cannot even begin to describe the blessings GOD has poured upon my life.  I pray to never fall out of favor again, always checking my ego at the door.  Always asking GOD is this what you want or is this what I want. Because GOD’s plans for our lives truly are better than our own. I did have a lull in my career a year ago where I felt like I was on a dead end street and couldn’t figure out how to get off it. I was praying constantly and asking GOD to show me what he wanted me to do.  But for two and a half years, as I persisted to no avail.  I kept saying LORD what do you want me to do?  Do you want me to stop making films?  Lead me, was my constant prayer.  Finally, I felt GOD’s call to me to open my home to Christian Women in Entertainment.  Once I did that, God blessed me with new friendships and new working relationships.  Within that year we were making another female driven faith based film.  God just needed some time to bring the right people together, and I was faithful in the call.  I think as long as we are searching and seeking GOD’s will above our own, we will eventually be guided to where we are to go.  “Seek first the kingdom of heaven, and all shall be added” Matthew 6:33 Sometime it might take longer than we want, but I am learning patience, cause God’s timing is ALWAYS better than my own.

Kathleen: Most people would look at your inability to “make it” as an actress as a failure butGod looks at failure differently. What has He taught you about this perplexing word?

Alexandra: I love this question because failure is such a tricky word to define, and I’m excited to talk about my perspective on what that word means. Because in order to know or experience failure you must also know what success is. What is the barometer for success? How do we define success? So really there is no failure if we cannot define success. I spent ten years pursuing acting in Los Angeles, I left LA with my soul crushed heartbroken, feeling like a failure for not succeeding as an actor. But years later as I opened my heart to God in a new way, it was revealed to me that I did not fail at acting, I was just not on the intended path God had for me. We may never know if something is a failure, or it could take 20 years to find out our hearts were being groomed for something else, and all that time we were collecting things along the way that we would need for our future. Having some life in the rear view mirror has really helped me understand the truth about words we try to use to define things that actually probably are not definable. Now mistakes are different. Mistakes are real, and they are definable, especially if your mistake hurt someone else. I am the first person to admit when I’m wrong and to apologize. I use to be petrified of confrontation, and it took a great deal of discipline to train myself to stay calm and be present and deal with it. Like so many things in life it was a process, I had to practice mindfully, because overcoming my terrified state of making a mistake and not being able to address it was crippling. I grew up with a very critical mother, I remember most of my childhood with my head down apologizing, and I had no idea what I was apologizing for. I learned this behavior as a child because to ask what I did not wrong was to fear the repercussions of speaking up. Like so many issues we must learn to address as adults, we learned in our youth. I had a wonderful mother who did the best she could from where she came from. But unfortunately this learned behavior took me years to reverse and overcome in my adulthood, and I am still a work in progress. Mistakes can be fixed, if we have the courage to face them, to learn from it and to rectify it. Then we can turn our mistakes into a great learning experience that we have the opportunity to grow from and become better human beings. And of course, the greatest love of all comes from the one who spoke us into existence, and who forgives our every wrongdoing, if we have the courage to ask him for forgiveness. He never fails to forgive. I also live HIS example and forgive this way. And if we all did this, mistakes would become just little learning curves as we navigate the terrain of life. Be gentle with one another, and yourself.

Kathleen: You’ve become a successful producer in Hollywood. Ever fear backlash and being outspoken about your faith?

Alexandra: I started making faith-based films about thirteen years into my career in the entertainment. I was already an active member of many women organizations in Hollywood. At first, I feared the backlash I might receive from being so open about my faith in God. Which I had plenty of. But one day I was walking across the room of a massive mixer of women in film when I was stopped by a couple of young girls. They told me that they never speak openly of their faith for fear of criticism, but since I was already so open they felt safe to share with me their faith. I was so moved by this act of kindness from them, and it was the catalyst for me to start my Christian women in entertainment meet up at my house once a month. I thought if these women were afraid to talk about their faith, there must be so many more. I am grateful my work is influencing women to come forward and feel safe to share what they believe.

Alexandra Boylan is an actor and an award winning writer/filmmaker and was born and raised in Georgetown, Massachusetts.  where she first began her exploration into acting. She honed her craft harnessing the passion that fuels her to form her own production company, Mirror Tree Productions and co-founded Mustard Seed Entertainment, www.mustardseedent.com. She’s produced numerous feature films, including “Home Sweet Home,” “At Your Own Risk,” “Catching Faith” (currently streaming on Hulu with the sequel “Catching Faith 2” to be released later this year). and Pure Flix/Universal Studios Home Entertainment’s “Wish For Christmas.”

Her script “Switched” (currently in pre-production)was awarded the winner of the Kiaros Pro MovieGuide award for best screenplay. Alexandra is the author of “Create Your Own Career in Hollywood: Advice From A Struggling Actress Who Became A Successful Producer” (available on Amazon). She’s also co-created “Your Pizza Adventure” an innovative live action; choose your own adventure, style movie/app game. She’s an active member of Woman in Film Los Angeles where she served on the WIF PSA Board. Alexandra is the Outreach Coordinator for Ms In The Biz, and co-collaborator of the book “Thriving in Hollywood.”  www.misinthebiz.com