Moral Failure: In But Not Of 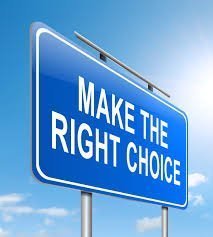 The recent movies Dunkirk and The Darkest Hour both tell the story of leaders and individuals during World War II who were forced to make life-changing decisions that not only affected themselves but the lives of many others. Difficult decisions in times of war are often based on gut feelings and for some, the beckoning of God’s voice in their soul to choose a way that seems impossible. As innocent bystanders, we’re often forced to put our lives into the hands of imperfect leaders. This is brilliantly played out in The Darkest Hour when Winston Churchill made the decision to evacuate 330,000 troops as the German army was about to annihilate them at Dunkirk. His unconventional decision to enlist private owners of small boats, however, resulted in thousands of men being saved and his historic speech about the event still inspires us today.

It’s interesting, in light of the recent and ongoing “#MeToo” and #TimesUp movements that Churchill was known to sit in a bathtub and dictate his messages and plans to a female assistant who sat outside the bathroom door – one that was often cracked. Churchill was truly one of the greatest leaders in history but he was also unconventional, blunt, and crass. He seldom asked for permission, often took advantage of his privileged social class but was also known for his sensitivity to those around him. He also had great faith in God.

Today, when leaders clearly lack moral integrity, it’s easy to be “appalled,” or get our feelings hurt or embarrassed by and for them. But what must we do when immoral leaders are put in authority over us? How do we live in a culture that lacks moral leadership?

First, we pray for our leaders. We don’t deny their moral failings, but we’re called to still pray. They’re not our ultimate authority, but only what we must live under in any given moment in our present, broken and sinful world.

Second, we confess first. We admit that we also have moral failings and have caused injustice – “all have sinned…” Romans 3:23 (NIV). We take the “plank out of our eye,…” Matthew 7:5 (NIV) and ask God for His forgiveness and mercy on us. Then we go and ask those whom we’ve injured and treated unjustly for their forgiveness. We “live in peace with everyone.” Romans 12:18 (NIV).

Third, we choose God’s way. We choose to assist those who are in leadership whenever possible. We feed the poor, we cloth the homeless, we suffer with those who suffer and we give generously with selfless love. We lead by choosing to “not repay evil for evil. (and) Be careful to do what is right in the eyes of everyone.” Romans 12:17 (NIV).

The Bible was full of crass leaders who made bad personal choices but followed the will of God. David was known for his brilliant Godly leadership but took advantage of relationships – his wives, Michal, and Bathsheba, yet he was still

Stop doubting that God stops being in control. Churchill, Trump, Hitler, Putin, Saul, David, and whoever will come next will pay on judgment day for any failures or lack of moral integrity. Our job is to pray for our leaders, confess our own inadequacies and choose God’s way whenever possible – the way of peace and charity.

Is it a hard way? Absolutely. And it will often cost us. But for me, there is no other way to live in this world, but God’s way of overcoming it. “I have told you these things, so that in me you may have peace. In this world you will have trouble. But take heart! I have overcome the world.” John 16:33 (NIV).