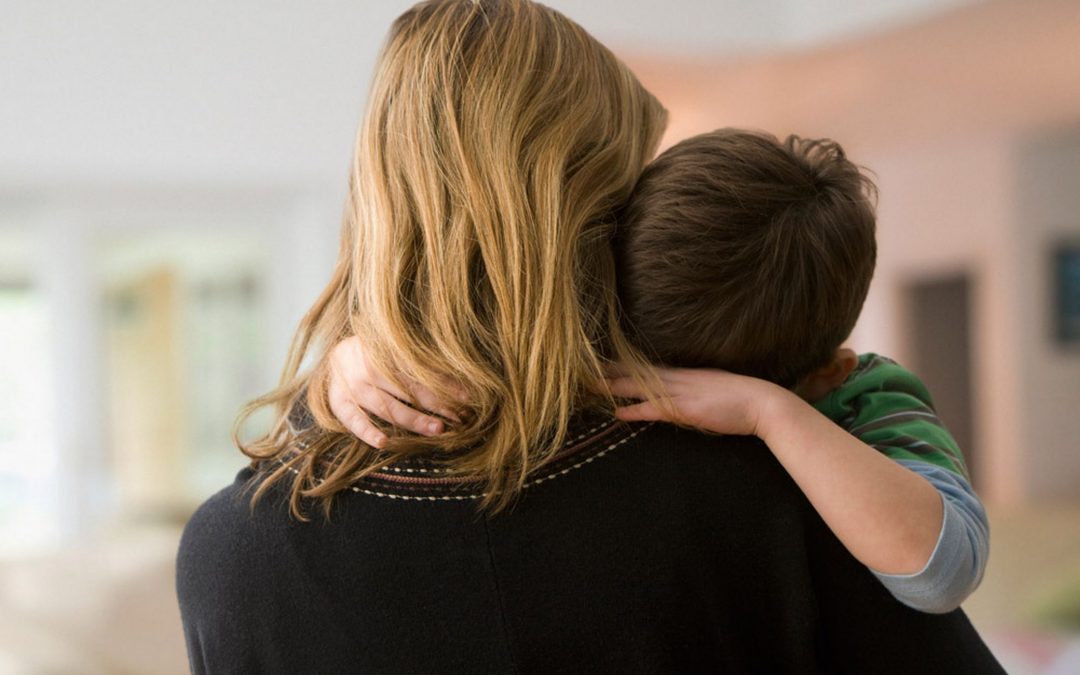 Gilda Radner died tragically early in life. Although she greatly desired to have children, she never was able to but said this about being a mother, “Motherhood is the biggest gamble in the world. It’s a glorious life force. It’s huge and scary –it’s an act of infinite optimism.“

Our culture is a lonely one. We long for motherly, unconditional love and an idyllic life, but my mother often told me, “Heaven comes later.” As a mother of two daughters and now a son-in-law and two grandchildren, though I try to love unconditionally, I fail. The broken world we live in and the sinful nature of our beings makes it an impossibility.

The selfie world we live in today is fueled by nonstop social media images of perfect kids and idyllic family gatherings and we can’t begin to measure up. We know the scars and bruises that lie within our family tree and it’s a history filled with failure, injustice, un-forgiveness, guilt, and shame. We don’t make perfect choices. Tragically, it often means a choice against motherhood or even fostering kids that don’t look like us and aren’t perfect.

Many women won’t take the challenge of motherhood because it’s messy. Motherhood, at first glance, means the end of freedom and requires too much responsibility and denial of what we are told will bring us happiness. And we would never want to bring up a child and expose them to our imperfections or the rest of our inadequate family.  After all, what would happen if someone saw our real lives posted on Instagram?

As I reflect on my own life, it’s those difficult messy times and my imperfect family that have brought me some of my greatest joys. In the midst of the tears and mess stood Jesus. I might not have seen it immediately, but those hard and challenging times, which often included pain and suffering, made me stronger. They allowed us as a family to come together and to love each other in deeper ways. It allowed our future to move forward in spite of the pain.

God never designed for us to live in this broken chaotic world. He created a perfect one and He wants us to be able to find our way back there. Until then, He gave us a way to live while in this messy world by giving us a mentor – His son Jesus. I love how we see the human side of the son of God in Hebrews 5: 7-9, “During the days of Jesus’ earthly life, (while He was in human skin) He offered up prayers and petition with loud cries and tears to the One who could save Him from death, and Hewas heard because of His reverence (unconditional trust). Although He was a Son, (God told us that we all become His sons and daughters when we believe in Him) He learned obedience from what He suffered. And having been made perfect, He became the source of eternal salvation to all who obey Him.”

This Mother’s Day, be grateful for all the imperfect, inadequate mothers who were infinitely optimistic, took the biggest gamble in life, and gave birth. And because of the one perfect son of God who was obedient, suffered and was made perfect, we then are given the opportunity to endure suffering for others and follow the example of Jesus. Much loneliness happens on Mother’s Day, so choose to find a mother today – imperfections and all.

She could have said no but she said yes. She chose life.