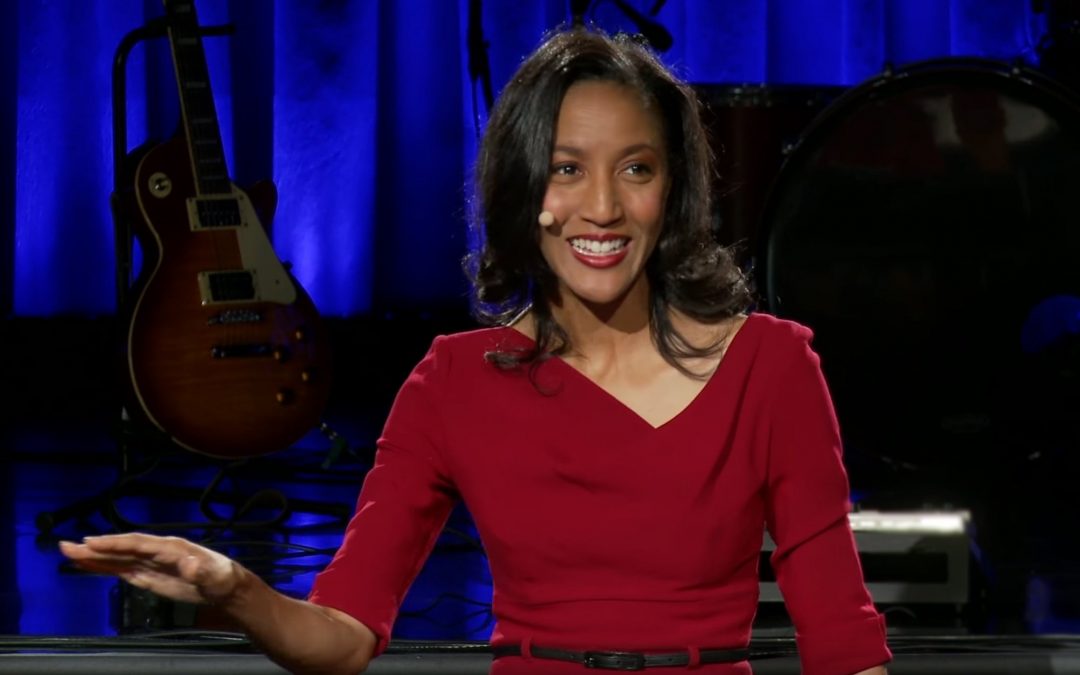 Dr. Naima Lett is an award-winning actor, producer, author and co-pastor of Hope in the Hills in Beverly Hills. She loves helping folks find their purpose and follow their dreams while deepening their faith. Her candid and humorous storytelling makes her an in-demand speaker, lecturer and performer who cares for souls in the City of Angels and across the globe. She successfully created, produced and toured several one-woman plays internationally while forming Lett’s Rise! Productions with her husband Kevin. They have been married for almost 18 years, having survived his battle with stage-four cancer the first year of their marriage. Studio credits include Fox’s Prison Break, Paramount’s The Curious Case of Benjamin Button, Lifetime’s Living Proof, Lifetime’s Inspector Mom, and BBC’s Wire in the Blood. Naima graduated top honors with a BFA from Howard University, received Dallas Seminary’s first Masters in Media & Communications and became BIOLA’s first female with a Doctor of Ministry in Preaching from Talbot School of Theology. She is currently working on the release of her book series, Confessions of a Hollywood Christian. She loves the beach, movie date nights, dancing, and finding great vegan restaurants. If you know any, please pass them along. Connect with Naima on Twitter @NaimaLettt or Facebook – Dr Naima Lett or http://NaimaLett.com

Kathleen Cooke: You’ve worked in several capacities in the Hollywood industry and now pastor a church alongside your husband called “Hope in the Hills” in Beverly Hills.  What’s the one thing you’d like to share with women that God has recently taught you?

Naima Lett (pronounced Ni ee ma) Lett: “Laugh more! This is my current life lesson from our loving Father, who laughs a lot. After enduring a ‘heavy-lifting’ season in ministry, business and relationships, I was invited to keynote a Women’s Conference in Colorado. While preparing the “God’s Joy Is Our Strength” message, I was reminded that joy is a choice. Situations didn’t change immediately, but my perspective did. Each day, we can choose paths that lead to joy. Little changes: I’m taking more dance breaks between meetings, enjoying vegan cheesecake when possible, and listening to e-autobiographies or Hamilton’s soundtrack in L.A. traffic. What about you?”

Kathleen: Often in the hurried life we all lead, we can sometimes feel that God’s left us. What’s the one thing you’d like women to know about the silence of God? Is He ever silent or are we just not listening?

Naima: “3:00 AM – first year of marriage, I found myself sprawled on our kitchen floor. Before Hollywood. Before Beverly Hills. Just me and God discussing my husband’s stage four cancer. Honestly, it was only me talking. God went silent. I got up anyway with journal and Bible and laid there – in awkward silence. One of the hardest times in my life! But that’s when I learned to walk by faith and not by sight, that God is present even when we don’t feel Him, and that He’s always speaking through His written Word. When God feels silent, trust His Word. He promises to never leave us, and that promise reigns true.”

Kathleen: We live in a comparison culture today driven by social media. We want to be bigger, better, and “special.”  What’s the one thing you’d like women to know about being unique?

Naima: ‘“Do you!”’ is a mantra we use in entertainment often. Translation: You are extraordinary in your uniqueness; so, don’t dare try to be anybody else. Be you! I had the honor of starting a professional mentoring group with a dozen creative powerhouses this year who were as diverse as the United Nations. They thrived because we eradicated competition and comparison and encouraged each queen through love and acceptance. They soared in their careers because we celebrated their differences. The one thing that sets you apart, that was probably teased the most, is likely your most precious gift. Embrace and share it!”

Kathleen: We all impact others’ lives, but what’s the one thing you’ve learned about influence?

Naima: ‘”Hold your head up!” I charged a shy, caramel starlet fumbling her way down the long homogeneous hall of our fine arts high school. I don’t remember the conversation; but years later, I was thanked by this beautiful one for changing her life’s trajectory by seeing her and making sure that she knew she mattered. Influence can be just that: one word spoken in due season that causes us to see ourselves and our circumstances differently. Growing up under influential leaders, I learned the God-given privilege of shaping lives. May we each use our influence to fan flames and empower others.”