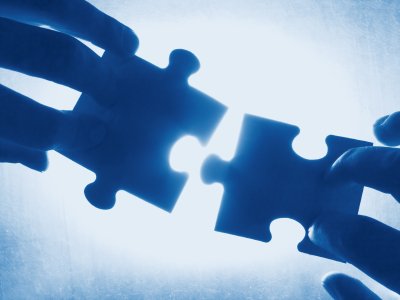 Clyde, my 4-year-old grandchild, is a puzzle genius. His recent accomplishment was a Lego’s Batman head designed for an 18-year-old adult. He is a bundle of energy and continuous movement but can sit for hours and work on puzzles and Legos (3-d puzzles) entirely focused by looking at the picture in the direction book. Martin Doherty, a UK children’s psychologist, and his team were some of the first researchers to study a child’s ability to complete puzzles and how it affects their creativity. At the age of three, most children take a piece and try to see where it might fit, but by four years of age, they can look at a picture of the puzzle or object, transfer the image from eye to hand, and figure out where the piece fits. Researchers have shown that children’s problem-solving abilities, mathematical skills, eye-hand coordination, and even social development are enhanced when they work on puzzles. Puzzles are key indicators of how children see visual images, remember them, and transfer them to other creative endeavors.

Puzzles’ effect on adults, especially those with cognitive issues, are equally significant. Researchers have studied the positive impact of puzzles on one’s visuospatial memory and mental health on aging adults. Patients with dementia have improved their cognitive and visual abilities allowing them to communicate more clearly using puzzles.

During holidays, I like to put out a new puzzle on the coffee table for my family to work on. It’s a gathering place and a place to listen and engage in conversation. Somehow expressing one’s thoughts become easier and less intense with the diversion of a puzzle. I found myself staring at empty shelves this year when shopping for a new one. During the ongoing lockdowns and long periods of forced isolation due to the pandemic, puzzles and Legos (a type of 3-D puzzle) sales soared. Apparently, I wasn’t the only one needing a puzzle diversion.

When jigsaw puzzles were first invented in the 1760s by British cartographer John Spilsbury, they were designed as dissected maps. The British empire was vast, and there was a need to aid children in understanding their geography. But the early puzzles had no guide or picture that came with them. One just had to figure it out by looking at the pieces. By the 1800s, with the help of lithographic printing techniques and the treadle jigsaw, they began to be printed on wood in mass quantities. Then in 1908, the Parker Brothers published an image of the puzzle on the box, which changed everything. Suddenly hand-colored maps, biblical illustrations, pictures of kings and queens, famous artists, and idyllic scenes began to appear, and puzzles became family entertainment. By 1930 over 10 million puzzles were sold every week.

Puzzles aid our ability to see the bigger picture.

As our culture becomes increasingly polarized and disconnected due to media and social media, perhaps knowing how puzzles help with social dialogue civil conversations and activating creative solutions to dilemmas could be helpful. I often wonder what would happen if we incorporated puzzles in Bible studies and church gatherings. Would better theological questions be asked, creative ideas happen, and more profound thoughts about who Jesus is be raised? Would we engage in more meaningful and active relationships that could enhance understanding of each other and bring unity?

We are all puzzles made in the image of God.

We are all puzzle pieces – parts of God’s image that need to fit together for HIs Kingdom image to be seen. We are all unique and have flat sides, sharp angles, or curvy parts. We are colored differently with odd shapes and sizes but are called to become one and fit together. We are individuals but designed for personal connection under God’s authority. Jesus’s last prayer in the Garden of Gethsemane was for the unity of the body of His followers. It would be the biggest challenge Christians would encounter until He returns. Jesus prayed that we might see God in others’ lives and fit them into our own. Can we engage with the puzzle map of God’s vast plan and be able to see His eternal bigger picture? When we can do that, we become the Church that can never be separated.

How do people see you as a part of the puzzle of God’s image?