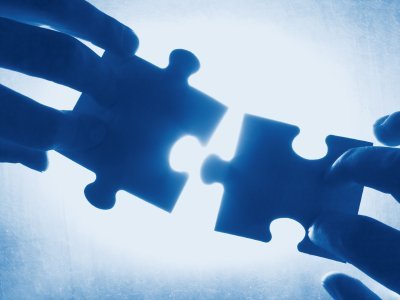 We are living in interesting times. I hear those words a lot especially with the global COVID outbreak, racial conflicts, and ongoing political and financial disruptions. And I have to agree that, “Yes we are.”  It’s why I felt compelled to launch Influence Lab Women and include gatherings for women to communicate with each other on challenging issues. I wanted women to be able to connect, build relationships and to be a place where they could hear from the hearts of other diverse women. I wanted women to be challenged and grow as they learned how to be leaders and know they were in a safe place to express different opinions and ask questions. Most importantly I wanted women to examine God’s Word for direction because of the interesting times we live in. I wanted Influence Lab Women to germinate fruit, as poetically written in Galatians 5:22-23.

At a past gathering, we had been talking about the uncertainty of our world caused by ongoing terrorism, political polarization and discrimination of not only from color but of gender. One woman suddenly stopped and said, “It is a challenging time to be living but I wouldn’t choose to live at any other time. In fact, I feel privileged even, dare I say, excited to be living right now at this time in history.” And I had to agree. We have been chosen “for such a time as this.” Our challenges are a puzzle and the links that hold us together are now pulling apart as never before. We see the world separating without a clear way of ever reconnecting so that peace might be realized. It’s frightening and yet to those who know the Truth that sets us free, it signals the fulfillment of Bible prophecy. As Christians, we are human and these times are scary and uncertain, but the Bible encourages us to rejoice for our Savior is coming and this recent chaos signals it.

Do you feel privileged or are you afraid of being alive right now?

I want to hearken back to the time of John the Baptist who was only a few months older than his cousin Jesus. We know very little about the boyhood years of Jesus except for the reference to Him teaching at the age of 12 in the temple and scripture reveals that He grew in “wisdom, stature and favor with God.” (Luke 2: 52). John was designated by God to prepare those living on earth to turn from (repent), their evilness (sin) and to turn to God (freedom). The childhoods of Jesus and John were full of uncertainty, but their voices still resonate today – we are told to be prepared.

Paul the apostle teaches us with his sacrificial life that the message of God’s redemptive and saving power won’t be easily accepted. Paul’s life was an example of poetry. As Jesus did, Paul used language to cause leaders to ponder the mystery of God and he was also blunt, even when quoting the poets of his day, in Acts 17:28. When he found himself locked in chains in prison God made a way with the miraculous. Like poetry, God must be pondered as He allows us to weigh and measure His Truth and choose for ourselves. God refuses to be a God of forced obedience. He is not a dictator. He loves us too much.

I believe in many ways the times that Jesus and John the Baptist grew up in within history was much the same as the times we are living in today. The one difference? We now can communicate instantly anywhere in the world. But centuries old ideas, customs and practices don’t change instantly. Understanding and tolerance take time and technology works against time.

Futurists tell us that we are moving from being tolerant to being exclusive.

We are actually separating from each other into our own groups for our emotional and physical safety and health. Exclusivity takes less time. Technology is actually making us more intolerant as we don’t want to take the time to grow relationships and understanding. We’d have to cease our selfish desires and agendas to spend time on research and reflection and our world lives on taking instant action. We are compelled to tweet and post on social media often without regard to what is being communicated. Whatever makes us feel good at that moment is taken.

Interestingly, for the first time in history during the lifetime of Jesus and John the Baptist, there were two Jewish high priests ruling – both from the same family. Caiaphas was the father-in-law to Annas. Both led with corruption emphasizing rituals and laws that would benefit their agendas causing separation within the Jewish tribes. Consequently, John the Baptist chose to live a lonely life in the wilderness because he was unable to speak freely in the urban centers and abide by their leadership.

Today we live in seclusion due to our culture’s inability to have political conversations openly. We hide our thoughts. Polls today don’t capture true choices or opinions because even when they tell people they are concealing their identity people still won’t be honest. It’s just too risky. They know those taking the poll have an agenda in taking the stats and twisting them. John’s message was revolutionary and risky. He taught that forgiveness was temporary. Forgiveness could only be received with a continuing sacrifice in the temple. He told the people that it wasn’t about the animal sacrifice, forgiveness was about a person’s heart. A message still true today. It meant that the priests and the temples would lose money as the people were required to pay to perform the sacrifices. In fact, Mary and Joseph sacrificed a pigeon when they dedicated Jesus because they were so poor. They couldn’t afford a lamb. And it is why Jesus turned the tables in the temple because he was so disgusted at how the priests were selling forgiveness. God values the reformation of the heart, not rituals. John was called to prepare the people by breaking open their hearts, changing their attitudes, and dying to one’s self symbolically with burial in water (baptism.) God can only grow new life within us when we break the hardened ground of our hearts and minds. The recent racial injustices have broken open the hearts of many and God wants us to look to Him for forgiveness first. Then He will lead the way for us to fully forgive each other. “By His stripes we are healed.” (Isaiah 53:5.)

Forgiveness requires the relinquishing of position in thought and deed. Jesus set the example as He forgave us who don’t deserve to be forgiven. In the time of John the Baptist, radical people would have to expose the ways of the priests and choose not to follow rituals blindly but to choose God’s plan for eternal forgiveness. The Lamb of God was at hand. John knew Jesus – they were cousins. The Bible tells us that John kicked for joy inside of his mother’s womb when Mary arrived pregnant with Jesus. John knew Jesus was at hand before he was even born. Poetry.  A hidden puzzle piece from those who don’t know God and see the connection. Those listening to John’s direct message from God kept asking him what we are still asking today.

What must we do?

John’s answer to the people would be echoed by Jesus during His time on earth as well as written in Luke 3:10-14. Give food to the hungry, clothe the poor, bless the needy, be honest, don’t be demanding, be content with what you earn. To those in authority, never extort money, or terrify others by threats of violence or be guilty of accusing the innocent. In other words, be mindful of who you are and your position. Each of us has been given the gift of God’s freedom. But each must choose first who we will bow to. God’s judgment, John tells us, is like a “raging fire.” Jesus is coming back for the final time to judge the living and the dead. John didn’t back down or allow an authoritative rule to diminish the truth that God had revealed to him. He publicly rebuked all who twisted the truth, and it cost him his earthly life which began his eternal life. John’s message is still God’s main message to us today. Repent and die to yourself – be baptized. It’s a poetic action that brings true freedom.

Are you willing to stake your life on God’s truth?

Living life on earth is a puzzle, sometimes things fit but most of the time we live detached. God’s way is a poetic journey of positioning ourselves to see, hear, trust and being prepared. John said it then, and I say it now. “Prepare ye the way of the Lord.” These “interesting times” we live in may be scary, but we ought to be rejoicing because they mean Jesus is coming. Death will have no sting. Ephesians 2:10 (TPT) says, “We have become his poetry, a re-created people that will fulfill the destiny he has given each of us, for we are joined to Jesus, the Anointed One. Even before we were born, God planned in advance our destiny and the good works we would do to fulfill it!”

Need to repent?  David’s poetic prayer is one you might want to recite:

God, I invite your searching gaze into my heart.
Examine me through and through;
find out everything that may be hidden within me.
Put me to the test and sift through all my anxious cares.
See if there is any path of pain I’m walking on,
and lead me back to your glorious, everlasting ways—
the path that brings me back to you.