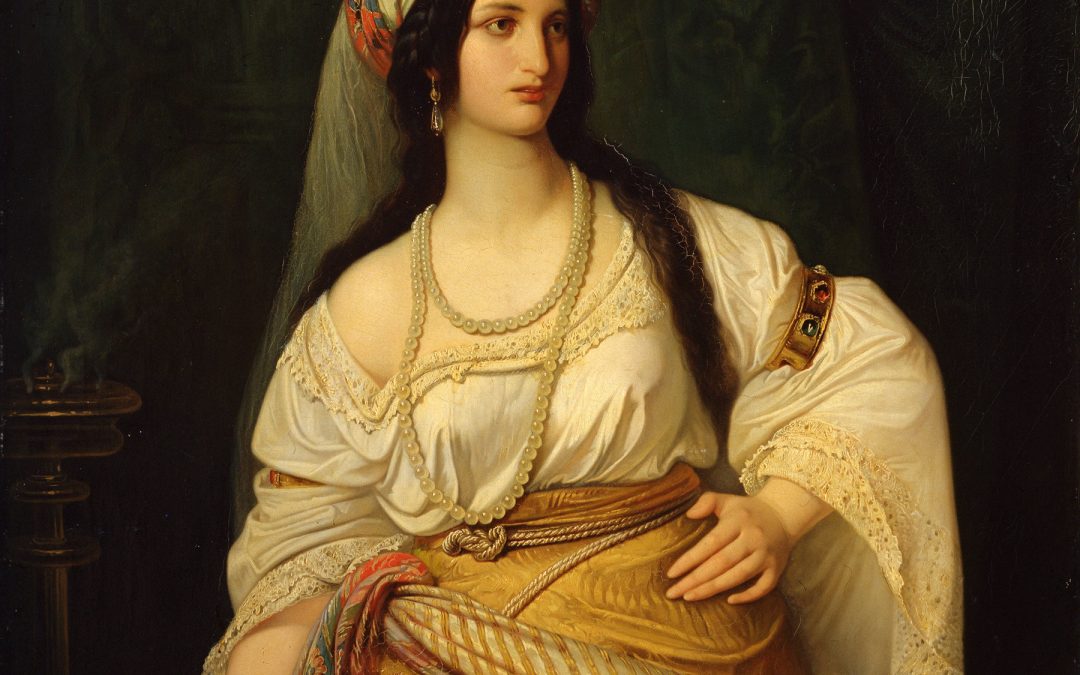 Of the sixty-six books in the Bible, there is one book that never mentions the word, God. It is the book of Esther. God, in fact, never speaks in Esther, but He doesn’t have to because Esther’s leadership does the talking. The story takes place in the Persian city of Susa in the fifth century B.C., about 150 miles south of Ur. Significant to the story, Ur is the historic city Abraham left and the birthplace of the Jewish nation. It is, more importantly, the story of human beings who are in slavery because of selfish and sinful desires and who break God’s directions and laws. They had forgotten what God had commanded them to remember. But it is also the story of victory. God uses what is remembered by Esther to teach us never to forget who He is when we are challenging places and hopeless dilemmas.

King Xerxes (pronounced zurk*seez) is a party animal. He throws a party lasting 187 days and commands his queen, Vashti, to join the party, but she refuses. Did she snug him, or was this because she knew the abuse she was in for if she showed up? We may never know. The result, however, was a King who was boiling mad and had her banished. After his rage cooled, he holds a beauty pageant for 12 months- one full year of looking at women, and Esther comes out the winner. We don’t know how she got paraded in front of the King or how she caught his eye, but we do know she caught God’s eye. As a child, she had been adopted by her cousin, Mordecai, who happened to work in the court of King Xerxes.

Was Esther forced to enter the King’s concubine of women?

We may never know. What we do know is that Esther accepted what must have been an often challenging place. Instead of lamenting, she chose to use it as an influential and opportune position.

The story continues when Mordecai hears of a plot by Haman, the King’s second in command, to destroy their people, the Jews.  He says to Esther, “perhaps you have come to your royal position for such a time as this” (Esther 4:14). It would be a quote that is remembered and repeated often today. Esther recognizes that God has gifted her with her beauty for a purpose. Rather than retreating in fear, she seizes the opportunity and fully accepts her strategic position saying, “if I perish, I perish, (Esther 4:16), instructing those around her to fast and pray for she knows she must do something to save her people. Then, she sets forth with her cunning plan to catch Haman in his deceitful plot, which included killing Mordecai.

Remembering is a lesson we often miss in this story.

The King remembers that Mordecai saved his life in a dream and decides to honor him. This is when the story takes a dramatic turn. Hamon has been building gallows to kill Mordecai and finds himself in an embarrassing position when the King chooses to elevate and honor Mordecai.

It was Daniels’s brothers who remembered that their brother had position and power and came to him for assistance, and it was Daniel who remembered what they had done to him but chose to forgive. David remembered his sin and asked for forgiveness, and even more important, Jesus told us that He doesn’t remember our sin and that we have been made perfect – clean through His shed blood on the cross.

Esther’s plan involves a party. She remembered the King liked them! So, she hosts the King for a banquet. At which time, she reveals her Jewish identity. She tells him that her people are about to all be whipped off the map and points the guilty finger at Haman’s evil plot. In a rage, King Xerxes orders Haman’s death on the very device he had built to kill Mordecai.

But Esther knows she hasn’t won the battle yet. She remembers that a ruling can’t be reversed once a decree is set forth by the King. So, she asks the King if they can have the weapons to defend themselves, which he grants. The Jews are victorious, and her boldness and cunningness save her people. It is a victory celebrated to this very day as Purim, and it is one of the most celebrated holidays within the Jewish calendar.

Prayer allows us to take a moment to remember.

Next time you take communion, remember that Jesus has instructed us “to do this (take the bread and wine – His body and blood) in remembrance of Him.” This Easter, when you remember what Christ Jesus has done for you on the cross, what will you remember, and how will it direct your life?