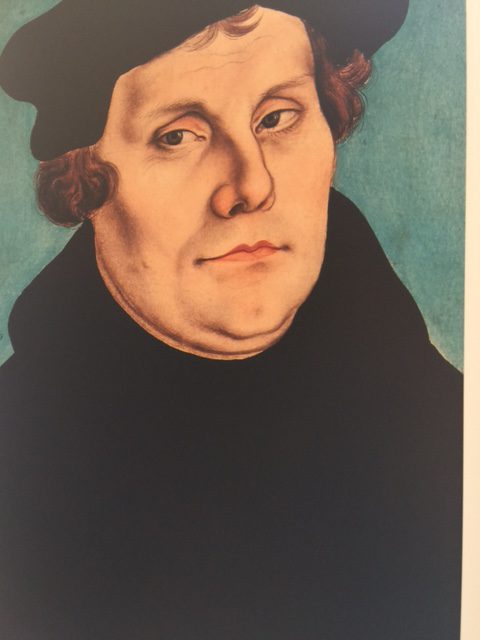 I had the honor in May 2017 to be a part of the Cooke Pictures film crew that documented the Museum of the Bible’s current new exhibition, which opened on May 28th in Wittenberg, Germany. The exhibition is in conjunction with the many festivities and celebrations going on in Germany throughout the summer and fall. This year commemorates the 500th anniversary of the Protestant Reformation when Martin Luther, then a Catholic monk, is said to have nailed his 95 Thesis statements on the church doors on October 12, 1517.  In so doing, he began the reformation of the Catholic Church and the beginning of Protestantism. Luther had to flee to Wartburg Castle for almost a year to hide for fear of his life. During this time, he translated the Bible from it’s original Greek into the German language. It provided the common man with his first copy of the Bible written from the original Greek.

The Museum of the Bible exhibit includes Martin Luther’s last personal letter to a friend before his heresy trial began, as well as one of his German Bible translations.

Also included in the exhibit are the world’s biggest and smallest Bibles as well as two interactive areas that allow visitors to be photographed with a scripture verse to share on social media, and a replica of a printing press from Luther’s time that allows them to make a copy of a verse as they might have done during Luther’s time. But the one display that seemed to be a crowd favorite was the personal Bible of Elvis Presley complete with his handwritten notes.

Many came for all over the world for the opening weekend including radio personality, Eric Metaxes, author of the new biography, Martin Luther: The Man Who Rediscovered God and Changed the World. The highlight of the Museum of the Bible’s opening day, however, was the playing of Luther’s hymn “A Mighty Fortress Is Our God” by a group of refugees from Youth With A Mission in Germany. The string quintet officially opened the exhibit, which will remain open through October in Wittenberg.

Being in Wittenberg for the opening of the MOTB exhibit and the official opening of the national festivities in Germany is something I won’t forget. Touring the many historic sites where Luther risked his life so that we could read the Bible for ourselves made me rethink how we take the Word of God so cavalierly. Men and women have suffered and died and are still doing so today globally. It’s why I wrote my devotional Hope 4 Today: Staying Connected to God in a Distracted Culture.The Center For Bible Engagement’s eight-year study showed that 93% of Americans have one but most said they never read them. Remember his life today and read your Bible and be thankful.

When was the last time you cracked the Good Book?