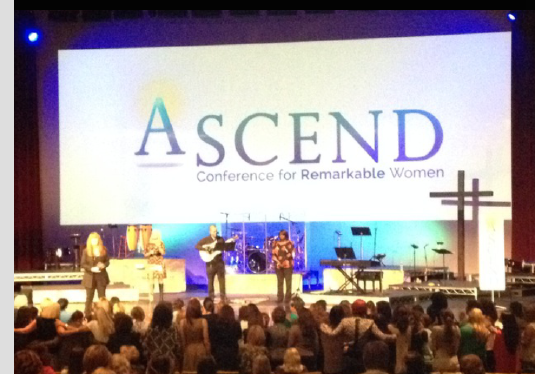 Two years ago when I co-founded the ASCEND Conference with my co-directors Susan Wehba and Brenda Epperson-Moore, God placed a vision and direction in my heart and mind to create a conference for thinking women who wanted to get serious about being an influence in the lives of others.

When the Jews wanted to arrest the apostles in Act’s 13:50 the Bible says, “The Jews incited the devout women of high standing” (because these women were in an influential place – they got things done).   In Acts 17:11-12 Paul takes note of the influence of a large group of Greek women of high standing and call’s them “prominent women.”   Our tag line for ASCEND Women is a “Conference for Remarkable Women.”  I believe God is calling prominent, influential, and remarkable women to step up because they make things happen and get the attention of the masses. Established, thinking women create change and the ASCEND conference is a yearly event to bring them all together to be effective and united for the Kingdom of God.

ASCEND women are women with skills and talents. They recognize that Jesus is the one who makes the difference when it comes to successful careers and families.  They want to encourage, inspire, educate and ignite other women to join together with them to birth and change the planet in every area they are called to serve and inhabit.

The early church grew from nothing.  It grew in desperate times and it grew with the insight and intelligence of women who rolled up their sleeves, and saw a need and did something about it. They enlisted established women who were wealthy, mature, and influential.  They enlisted thinking, observant, and fearless women to get the word out and unite under the banner of Jesus.

SAVE THE DATE for the ASCEND 2015 Conference on Oct. 3rd. Key Speakers will be CeCe Winans, Lisa Osteen-Comes, Brenda Epperson-Moore and myself.  Angelus Temple 8am-4pm. For complete info and registration ascendconference.org.