The Desperate: Reflections on Growing Up in Las Vegas 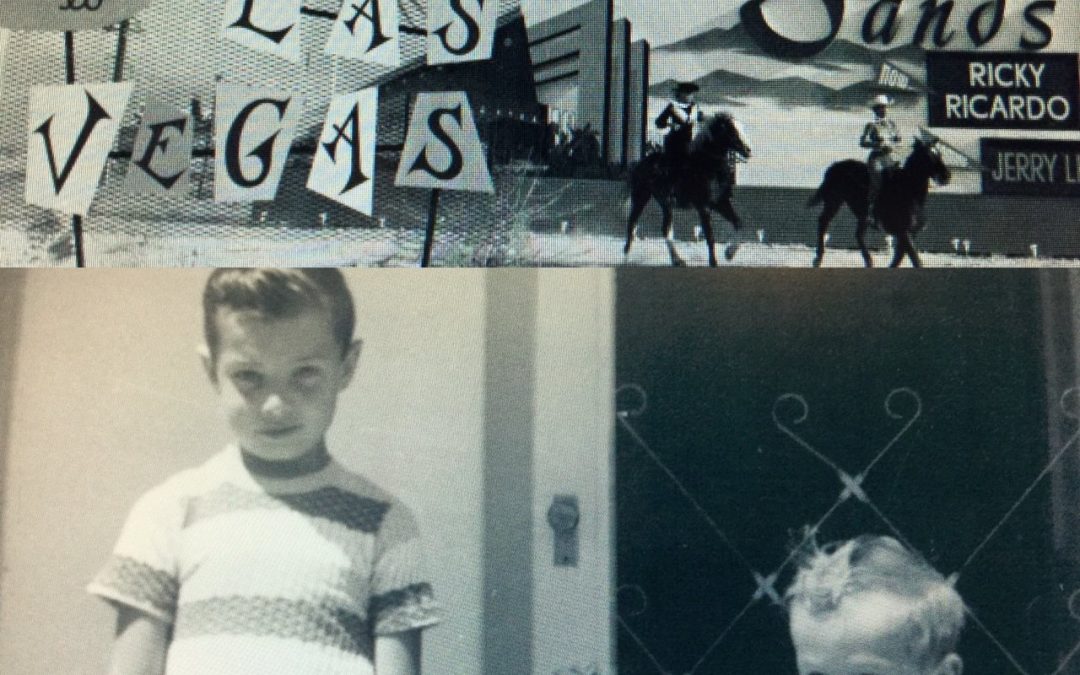 I grew up in what’s called an “oasis in the desert” – Las Vegas, Nevada. Las Vegas actually means “the meadows” because of the underground water found deep in the ground and had been the stopping place for pioneers and trains before they made their last push to reach California.  That was until it became an oasis for lonely desperate people.

My dad was recruited in 1949, just after the first casinos were being built, to be the first basketball coach and a teacher at Las Vegas High School. It was truly an interesting place to grow up. I saw, as my parents had, that behind the bright lights and illusions of fortune that attracted people to Vegas there also lived a violent and desperate beast and an underbelly of evil.

You learned growing up that friends were only temporary as families came and went quickly. All those wedding chapels meant higher divorce rates. You learned to be quiet at your friend’s house after school because most of the time their parents were sleeping. They would work the “swing shift” as card dealers, cocktail waitresses, call girls, and strippers.

So when Steven Paddock, the recent mass murderer in Vegas, reached for guns I knew just who he must have been. I had grown up with these lonely desperate people. He had apparently reached his limit after years of going from job to job, place to place, hiding and trying to find contentment and an answer to his starving and aching soul’s existence. News reports tell us he was an intelligent man and in desperation chose this way to be seen. He chose what I had seen all my life growing up in Vegas – a way out of the hell he was living in. Without even knowing it, what attracted him to Vegas, that illusion, was in reality for many, a physical hell on earth and why Vegas is known as “Sin City.”

I also saw with my eyes the redemption of God for those who turned to Him and saw the transformation and eternal, lasting Hope – Jesus Christ. As a believer in God, I know that evil exists on the earth. It’s the world that Steven Paddock found himself in and the reason that Jesus came to bring light and a way out. It’s a spiritual mystery how God brings contentment into a life and how the Spirit of God brings joy and peace when there is suffering all around us. But it happens. And, it can only be successfully experienced when once you accept Christ into your life you engage with God regularly through Bible reading and prayer.

When writing my new devotional book “Hope 4 Today: Staying Connected to God in a Distracted World,” I discovered The Center for Bible Engagements eight-year study of one hundred thousand people which statistically proved that life changes for the better when we personally read the Bible and engage with God four or more times a week. Doctors and physical trainers will tell us that when we exercise our physical body 4 or more times a week it changes our health and life for the better. What about our inside life – our soul’s health? How can we keep neglecting to feed and exercise our souls and expect them not to break down?

God made man to engage and communicate with Him. The CBE’s study showed that most Americans (68%) pray daily, but it doesn’t change our lives because it’s a one-way conversation. When we engage in Bible reading, we receive, as Jesus said, “the bread of life”  and His “living water” into our soul. Food and water that can change us. Depression, pornography use, drugs and alcohol use, family abuse, anger, all decrease dramatically. Even obesity declines when we’re engaged in the Bible four or more times a week.

Are you desperate for contentment – the way to go in our uncertain world? You want to save the world and find out why we have Steven Paddock’s today? Read your Bible. It’s been proven to change lives and bring answers. God is the living water and the real oasis in the deserts of this world.

Kathleen Cooke’s new devotional “Hope 4 Today” encourages readers to engage with God.  As co-founder of Cooke Pictures (cookepictures.com) and The Influence Lab, she publishes a monthly newsletter  (influencelab.com/women). Find out more at kathleencooke.com, or reach her on Twitter @KathleenRCooke