The Instavangelist Era and the Light Behind the Screen 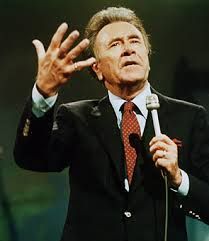 I grew up in the era of the televangelist. Rex Humbard and Oral Roberts were the pioneers. Today we live in the era of Instavangelists. They are the preachers and evangelists on Instagram. Our screens have shrunk, but we are still watching, listening, and are drawn to the spiritual force – that awe behind the lens. The unbelievers watch too. Sometimes it is with curiosity, sometimes with disdain. But sometimes, they watch with interest.

In 1954 Oral Roberts began his TV programs and millions tuned in to see healings, hear captivating preaching and even be a bit entertained by the World Action Singers. Those TV broadcasts also brought in millions of dollars and began an unfortunate flood of other preachers wanting to cash in on a prosperity message. God wanted us – them to be successful, so send us some money so we can all be prosperous. Though ultimately, God does want the best for us, it’s not His priority. God ultimately wants our heart to know His heart, which sometimes means we go through pain and suffering. It means choosing to obey strict or unusual choices or paths in life and what the world might view as failure.

When Jesus walked the earth, He avoided the influential crowd.

He chose to minister to the prostitutes, tax collectors, beggars, thieves and the invisible people – the ones no one thought mattered. In today’s world, they’d be called losers and the ones with few social media followers.

Christian media leaders and communicators have learned much since the early days of televangelists on how to communicate. Today they are more honest as they share not just the joy and goodness of God, but the truth of what a life lived wholly and fully for Jesus looks like. It is a life of service – giving to others and forgiveness and love for all. Audiences who once looked with disdain and apathy toward preachers and ministers using media to communicate have opened up a to listen. TV ministers like Joel Osteen have huge, diverse audiences, and although many Christians have criticized him for his positive pep talk messages, he has broken through. Listeners have come to believe in God, and lives have been transformed.

The tables turned with the pandemic.

The culture, particularly young people, having been raised without ever being taught about a spiritual world, has suddenly become curious. They have been confronted with an untimely death or the possibility of death. Many had been led to deny the existence of God and believe in science or that the government would be just and trustworthy to solve their problems. The culture was hit hard and fast with a wake-up call, and they are searching, as never before, for something more. Many had never stopped to think about praying, reading the Bible, or what was motivating that passionate preacher they saw on Instagram. Could there be something to what they talked about and what they were urging people to listen and pay attention to in the spiritual world? Could there be a higher power – an authority who is the Creator of the world? Their seeking heart was daring them to find the answers to those questions they were avoiding, “why am I here” and “where will I go when I die?” Is there one God who is authoritative – all-knowing? “Is there more to life than just me” and “what does it mean to live a sacrificial life?”

Social media is designed to tout a “me culture,” but what if it could be used to care for and serve others?

Instagram, Facebook, Twitter is about getting seen and heard. It is about elevating and promoting oneself. What if lovers of God become Instavangelists too? What if believers posted how God was with them in their struggles, brought peace, calmed fears by praying for those they followed? What if Christians challenged others to “taste and see that the Lord is good” (Psalm 23:8)? What if the followers of Jesus posted about God’s love and mercy? What if they posted about what Christianity is for and not against and that God is an inclusive and not an exclusive God to the privileged? What if Christians invited followers to watch an online church service, listen to a podcast, or posted how a scripture verse changed their thinking? Or what if an unbeliever decided to turn off his phone or device and attended an in-person church gathering because you invited them? What if they found the freedom and peace that their hearts were searching for and trusted in the living God who loves them?

What if they found the Light of the World behind their screen?