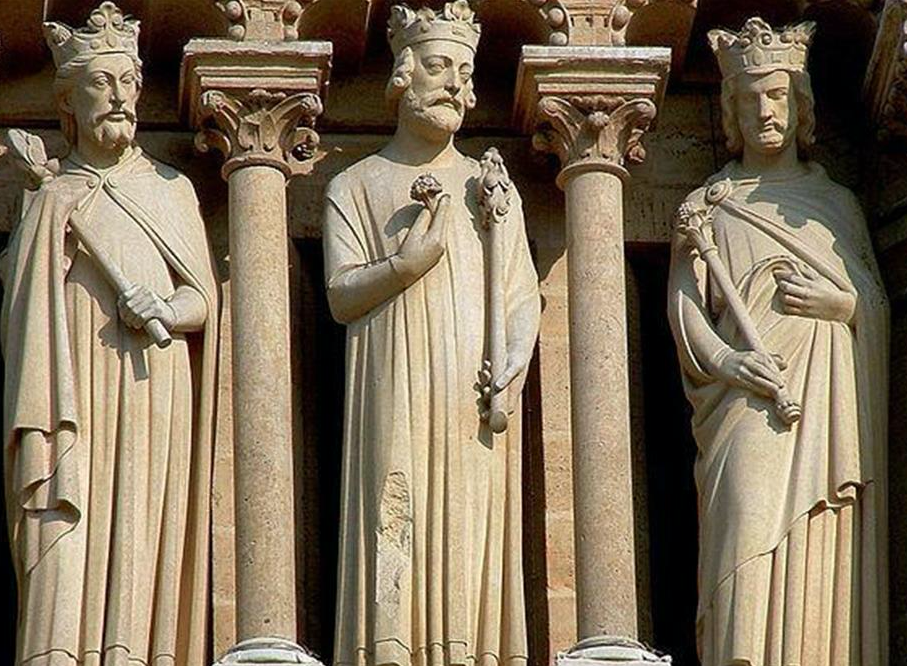 Most people know the three Kings in the Bible’s New Testament Christmas story who brought Jesus gifts at His birth. But there were three Old Testament kings that bring us a gift that reveals to us to the Truth. These three kings’ lives’ journeys point us to why it was imperative for God to send His son Jesus to earth. Jesus even tells us in John 8:32 that if we will follow His Word, we will know the Truth, and the Truth will set us free. In today’s culture of “my truth is mine and your truth is yours” these three kings bring us remarkable clarity.

His name was Saul. He was a strong successful warrior king defeating Jewish enemies but failing at recognizing that it was God who gave him success. Saul’s pride in human strength went to his head and he became an arrogant insecure bully. When things went bad it was never his fault. In the end, not honoring God cost him his throne and more tragically his family’s eternal legacy.

The second king grew up watching Saul’s “all about me” rule.

After discarding Saul’s heavy armor, he killed a giant with just three stones proving that it is God who defeats our foes, not us. His name was David. He fought and won bigger battles than Saul and more importantly won the hearts of the Jewish people. King David honored and served God passionately and in doing so won the heart of God, so God brought him wealth, honor, and influence. Besides being a brilliant leader, David built cities and wrote songs and poetry that still exists today. But as he aged, he followed his heart more often than his head. He allowed selfish desires to overcome wisdom and it caused him to have an adulterous relationship that led to murder. However, David never lost sight that God was forgiving. God’s great mercy and grace turned David’s failure and sin into a gift that gave the world the next king – his son, Solomon.

King Solomon, the third of our historic kings, became the most successful of all.

Solomon learned from Saul’s rule that physical strength would fail, and he learned from his father, David, that having a good heart wouldn’t be enough either. So, he began his reign first seeking God’s direction, and God gave Solomon the greatest gift of all – wisdom. However, at the end of His life, Solomon’s realized that even wisdom couldn’t bring eternal life. He ended up calling life meaningless and stated in Ecclesiastes 1:18, “For with much wisdom comes much sorrow; the more knowledge the more grief.” Solomon had wisdom, a heart for his people, and was a physically strong handsome man but unable to attain eternal life. So, what do these three kings teach us in the end?

These collective kings give us a great gift… perspective.

Their lives and rule clarify for us that strength, heart, and wisdom can’t bring eternal contentment and a forever life. Our sinful nature derails us every time. We will never be able to escape this messed up broken world without the gift of the one perfect King who leads us to the Truth. Without God’s redemptive gift – Jesus, we will always fail.

God’s extravagant love prevailed at Christmas, giving us the greatest gift of all.

In fact, in John 18:37 when Pilate asks Jesus at his trial if He is indeed a King, Jesus answers with, “You say correctly that I am a king. For this I have been born, and for this I have come into the world, to bear witness to the Truth.” His life, mission and gift to the world were for us to know the Truth. It was more important than any earthly power, fame or fortune that one could ever attain. It is this truth, this gift, that the three Old Testament Kings bring us if we are paying attention. Only the Truth will ever bring us ultimate eternal joy and peace.

Jesus laid down His Kingly crown to come to earth and become a man because bodily strength, having a passionate heart, or all the wisdom in the world will never be enough. In today’s never enough culture, Jesus was, is and will be forever enough.

This Christmas tell the story of the three kings of the Old Testament and bring others the greatest gift of all. Bring them the gift of the Truth.