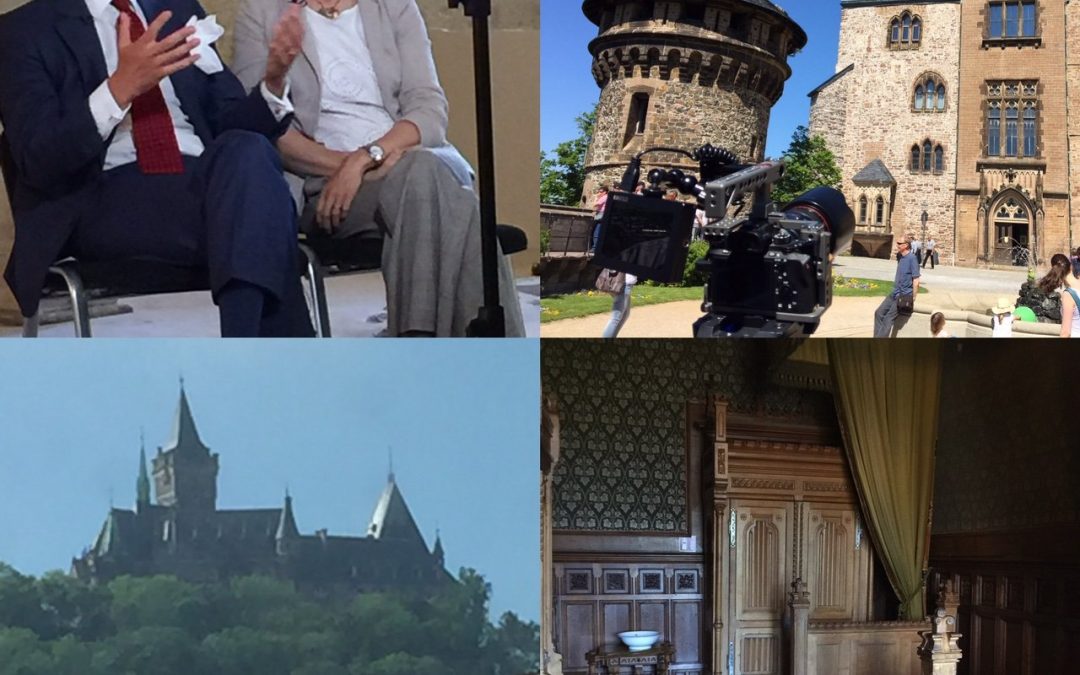 I recently returned from filming in Germany where we documented the opening of the Museum of the Bible exhibit in Wittenberg: Our Book: The Story of the Bible from Moses to the Moon. The exhibit is in conjunction with the 500-year anniversary of the Protestant Reformation. Traveling with my husband, Phil, we started in Berlin and saw an interesting mix of historic sites honoring both Martin Luther’s work as well as the collapse of Communist East Germany hundreds of years later. Both the Reformation and the fall of Communism represented different cries for freedom.

Leaving Berlin, we traveled to conduct an interview with Prince Philipp & Princess Leonille zu Stolberg-Wernigerode who are friends of The Museum of the Bible and whose family has a long tradition of collecting ancient books and manuscripts. The Prince’s family fled East Germany when the Communist government confiscated their lands and property after the war and it was never returned. We interviewed them at two historic sites that had once belonged to his family. The most famous is Wernigerode Castle. It’s breathtakingly beautiful – a fairytale castle which had been in his family since 1110 AD.

As we walked throughout the castle, Prince Philipp pointed out a bed that his father had been born in and cherished artwork and architectural details that had once belonged to his family. I tried to imagine how he must have felt to see such magnificent things that were no longer in his family’s possession.

But Prince Philipp and Princess Leonille have resilient spirits. When you’re with them there is an air of elegance and wisdom that transcends the bitterness that others might feel if they were in their shoes. They’ve decided to not indulge in the poison of resentment and instead choose to live with what God’s given them in the present. And their most valued possessions are their love for each other and their children. I was reminded of how God is in control and “will repay what the locust have eaten. “ Joel 2:25 (NIV).

Throughout the centuries and still today many have died standing up for their faith. But God’s restoration is sweet and His day of supreme justice will come.

Has someone stolen a precious possession from you? Bitterness only hurts you and causes continual pain. Give it over to God’s justice and His restoration.