What WW II Prisoner, Betsie Ten Boom Taught Her Sister, Corrie About “The Wait” During Imprisonment 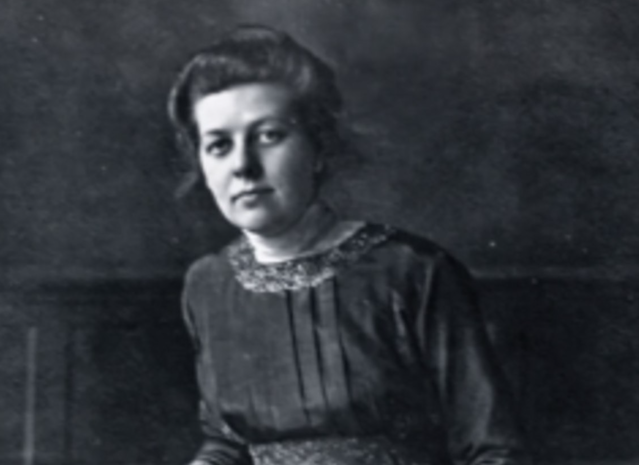 Are we there yet? We have all heard, thought, or said those words at some time in our life. We have all been on a journey, taken on a challenge or endeavor and know the waning feeling of almost reaching the end goal and then waiting some more. We have globally been waiting during the pandemic and are still waiting for our freedom again after the endless lockdowns. As many in the world begin the vaccination process and the hope of a cure, we sense the end is in sight. We’re at the moment when we begin to emerge from the long dark cave and to begin to see the light only to catch the shadow of the mountain we will still have to climb before us. The repercussions from the virus will be with us for a long time. Patience is challenging but required.

What are we to do while we continue to wait?

World War II must have felt that way to the lives of many who had been devastated on many levels. The war was over but returning to everyday life would be a long time in coming. Sisters, Corrie and Betsie Ten Boom, were Dutch Christian prisoners in the German concentration camp, Ravensbruck, who knew well the torturous game of waiting. Betsie would die just two weeks before Corrie would be released and only because of a clerical era. Why were they there, and what was their crime? The family had was helping to hide the Jews from death and Nazi persecution. Corrie would tell of their inhuman imprisonment in her book, which later became the movie of the same name, The Hiding Place. She would then write several more books as “a tramp for Jesus,” as she called herself, telling the story of God’s redemption and forgiveness. Corrie would speak of her impatience and stubbornness and how her older sister, Betsie, was the calm breeze that kept her alive. She would tell of her never-ending patience because of the presence of God living within her. In Corrie’s book, Prison Letters, shWe shared the letters she smuggled out to a family member during their plight. Betsie encouraged Corrie and her family just a few days before her death, saying, “The Lord leads me every minute and second. That gives me courage now that I have to wait and wait. I am longing so much for you, for freedom, for work.” Betsie wasn’t thinking of her suffering or the frustration of waiting but had her eyes on the future and what God had planned for them once released. Betsie was preparing for what God had next for them to accomplish and refused to focus on their horrific circumstances. She was keeping her eyes on God and not where she was or what was happening around her. Amid their challenges and imprisonment, she was preparing in her mind what she and Corrie would do to assist prisoners after the war and the message God had taught her – nothing can separate us from the love of God.

Are you preparing now for the end of the imprisonment of the pandemic?

As we continue to wait for our returned freedom, let us ponder Isaiah 40: 27-31 (Message Bible), “Why would you ever complain, O Jacob, or, whine, Israel, saying, God has lost track of me. He doesn’t care what happens to me”? Don’t you know anything? Haven’t you been listening? God doesn’t come and go. God lasts. He’s Creator of all you can see or imagine. He doesn’t get tired out, doesn’t pause to catch his breath. And he knows everything, inside and out. He energizes those who get tired, gives fresh strength to dropouts. For even young people tire and drop out, young folk in their prime stumble and fall. But those who wait upon God get fresh strength. They spread their wings and soar like eagles; they run and don’t get tired; they walk and don’t lag behind.

Many people returning to their jobs, schools and routines are not just imprisoned due to the pandemic but are locked in spiritual prisons, unable to see their future. Loneliness and depression rates continue to climb with many still trapped in health, political and social restraints. Pastor, missionary, CEO, and founder of The Honor Summit, Faith Eury Cho, says it this way, “Waiting is not an assignment relegated to the neglected and rejected. Rather, as the Bible can attest, waiting has always been for the chosen ones, the ones called to do things that only God can do.”  God works through us. You are His chosen army. You have talents and skills to accomplish things, and God needs your willingness to prepare during our ongoing waiting.

The question is, what are you preparing? Don’t waste your time in God’s waiting room!